Lavinia Hutch-Warren (when disguised as a nanny)

To aid Wolf in catching and eating Rabbit.

Fox is Wolf's posh millionaire playboy friend and the secondary antagonist of the 2001-2002 British-Canadian series Don't Eat the Neighbours.

He is a fox who lives in a forest in England and becomes friends with Wolf after he and his two sons Barry and Simon move there after being banished from Canada by The Brotherhood of Wolves.

Fox is also known to sometimes speak to his mother, who appears to be a voice in his head, hinting that he might be suffering from schizophrenia.

Fox is long time enemies with Rabbit (and has been since their school years) and like Wolf, tries to eat him on a regular basis. He comes up with plans to capture Rabbit, but they have always been foiled.

In one episode, he disguised himself as a nanny for Rabbit's children Lucy, Emily and Peter and attempted to kill them, but failed. 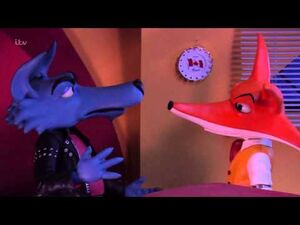 Fox with his friend Wolf 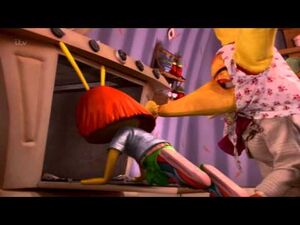 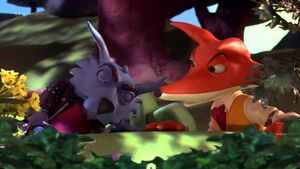 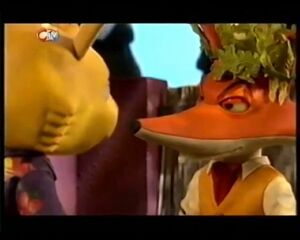 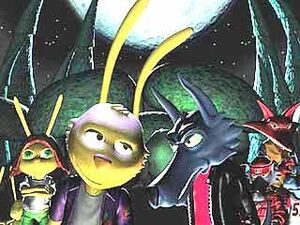 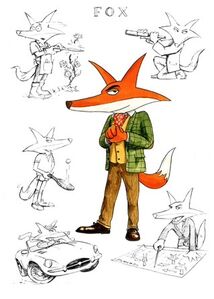 Concept Art of Fox
Add a photo to this gallery

Retrieved from "https://villains.fandom.com/wiki/Fox_(Don%27t_Eat_the_Neighbours)?oldid=3557877"
Community content is available under CC-BY-SA unless otherwise noted.