She was voiced by India de Beaufort.

Her history is unknown but it is said that she is one of the most dangerous enemies of Pepe Le Pew and Claudette Dupri, she is Claudette's nemesis because they are both foxes and spies, Foxy being incompetent has great cunning because when I use Bugs she is He ends up cheating him by stealing a super laser that was part of his plans.

Bugs Bunny is tricked by Foxy Foxworth into stealing a super laser. After realizing his mistake, he teams up with Pepé Le Pew and Claudette.

Claudette, Pepé and Bugs face their robotic minions, in a few minutes later he captures Pepe and Ironbootay while Claudette dodges the attack and begins to confront Foxy.

She is a red fox who wears a deep purple shirt accompanied by a magenta jacket, a pair of boots the same color as her t-shirt, and yellow eyes. 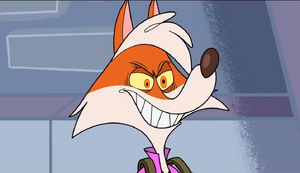 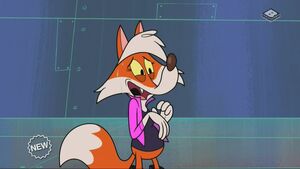 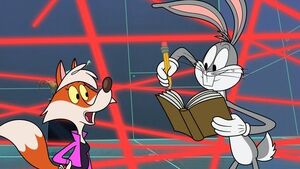 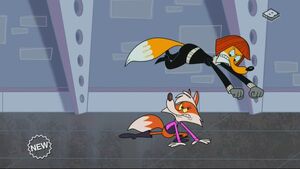 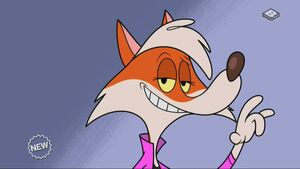 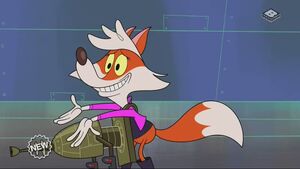