Seducing and manipulating men
Likes being rich and famous.

Help Jack Ferriman in stealing back the gold of the Lorelei from the Antonia Graza crew.

Prevent anyone from leaving the Antonia Graza cruiseliner alive.

Francesca is a seductive and beautiful Italian singer who appears as the secondary antagonist in the 2002 horror/thriller film Ghost Ship. She is one of the many spirits haunting the abandoned Italian ocean liner Antonia Graza.

She was portrayed by Francesca Rettondini.

In May 1962, dozens of wealthy European passengers along with 2000 Italian crew members are dancing in the ballroom of an Italian ocean liner, the Antonia Graza, while the beautiful Italian singer Francesca Rettondini sings her song "Senza Fine". Elsewhere, a hand presses a lever that unravels a thin wire cord from a spool. The spool snaps and the wire slices across the dance floor like a blade, bisecting the dancers. Only one child, Katie (who is dancing with the captain) is spared, due to the captain leaning protectively over her, and her height. The captain's face splits open at mouth level as the top of his head falls off as Katie screams.

In the present day, a salvage crew — Captain Sean Murphy, Maureen Epps, Greer, Dodge, Munder, and Santos—is celebrating a recent success at a bar, when Jack Ferriman, a Canadian weather service pilot, approaches them and says he has spotted a mysterious vessel running adrift in the Bering Sea. Because the ship is in international waters, it can be claimed by whomever is able to bring it to port.

The crew sets out on their ship, the Arctic Warrior, an ocean salvage tugboat. They discover the ship is the Antonia Graza, which disappeared in 1962 and was believed to be lost at sea. When they board the ship and prepare to tow it they discover that it contains a large quantity of gold. However strange things begin to happen. Epps claims to have seen a little girl on the stairwell. Greer claims to have heard a woman singing throughout the ship. Epps and Ferriman discover the corpses of another salvage crew. They decide to leave the ship but take gold, but the Arctic Warrior explodes as the engine is started, killing Santos and leaving them stranded. Francesca later appears to Greer and persuades him to betray his girlfriend on the shore. As Greer is chasing Francesca after the ship as he wants to have sex with her, he falls into the ventilation shaft to his death.

They attempt to fix the Antonia Graza and sail it back to land, but the crew members are picked off one by one. Epps meets Katie who reveals (via flashback) that the crew of Graza turned on the passengers and each other. The Graza had discovered the abandoned cruise ship Lorelei, which had been carrying the gold. The sole survivor of the Lorelei convinced the crew of the Graza to turn on the passengers in order to claim the gold. The crew killed all of the passengers (by means of rat poison, the razor wire, and then slaughtering all who remained), including Katie (hanging her in a closet), but then turned on each other. The last officer, after killing his crew mates was shot by the singer, Francesca. Another man then joined Francesca in an embrace and walked away as a large hook swung into her face, hanging and killing her. The man is revealed as Jack Ferriman, who is actually a demonic spirit who masterminded the massacre in 1962 and may have done something similar on the Lorelei.

Epps deduces that Ferriman lured the salvage team to the Graza to repair the sinking ship, and that the best way to fight him is to sink it. She sets the explosives, but is confronted by Ferriman, who has killed the last of her crew. Ferriman describes himself as a salvager of souls; collecting souls is his job, which he says he earned by a lifetime of sin. He explains that since Katie was a child and never committed a true sin, he can't control her as he does with the evil ghosts. So long as the Antonia Graza remains afloat, he can continue to use it as a trap and keep his masters (and Satan) satisfied. After a brief struggle, Epps detonates the explosives and sinks the Graza. Katie helps Epps escape the rapidly sinking ship. She is left in the debris as the souls trapped on the ship ascend to heaven; Katie stops to thank her. Francesca along with other damned souls were immediately sent to Hell after the destruction of the Antonia Graza. 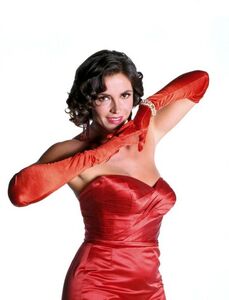 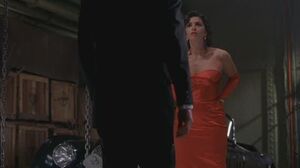 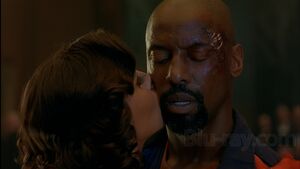 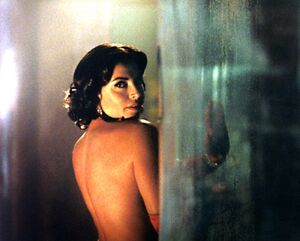 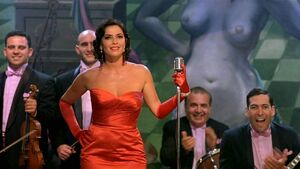 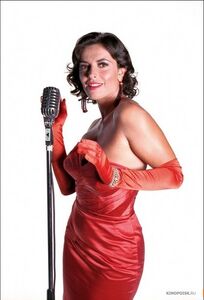 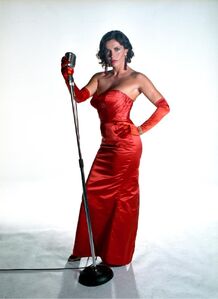 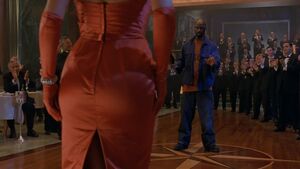 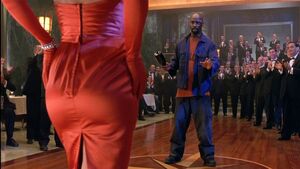 The magnificent backside of Francesca.