Villains Wiki
Register
Don't have an account?
Sign In
Advertisement
in: Female, Vengeful, The Simpsons Villains,
and 31 more

Kill the Simpsons.
Help her husband get revenge on Bart (both failed)

She was voiced by Maria Grazia Cucinotta, who also played the Cigar Girl in the James Bond film The World is Not Enough.

She lived in the Italian village of Salsiccia. When Sideshow Bob arrived in the village and became its mayor, they fell in love with each other and eventually got married. Soon after, their son Gino was born.

When the Simpson family visited the village, they bumped into Bob and despite their previous bad relationship, the two families befriended in no time. However, when the Simpsons accidentally revealed Bob's past to the citizens and thus ruined his new life, Francesca appeared to be shocked and disappointed from her husband. Angry Bob swore a revenge and unsuccessfully chased the Simpsons across Italy. When he was just to give it up, Francesca with Gino came to cheer him up. Much to Bob's happiness, Francesca actually has nothing against his past and even offers him help in killing the Simpsons, as they had dishonored the Terwilliger family she is a member of. They then attempted to kill the Simpsons with knives, but Krusty saved their victims.

After failing to kill the Simpsons, she and her family fled to England, where Bob got a job as a chimney brusher. The Terwilligers toured around England going to Buckingham Palace, Sherlock's museum and rowing a boat. Eventually, Bob, Francesca and Gino sneaked back to the US on a train. Francesca and the rest of Bob's family constructed a trap to kill the Simpsons by building a phony barbecue restaurant and constructing a commercial about it. When Bob was arrested and "died" at the court, only to finish his evil plan, Francesca and the rest of the family helped him as well.

However, this plan failed, thanks to Lisa, and Francesca with her entire family ended up in prison. 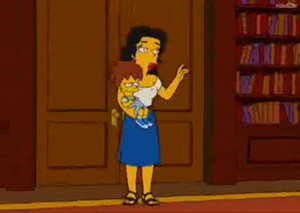 Francesca with her son 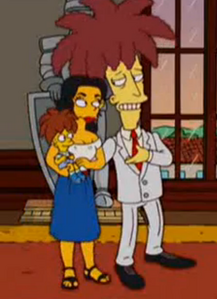 Francesca with her family 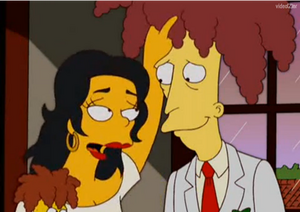 Francesca with her husband 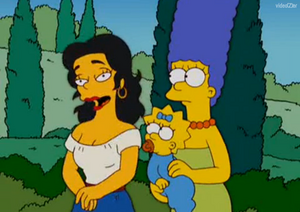 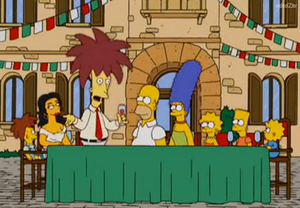 The Terwilligers with the Simpsons 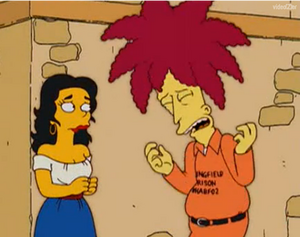 Francesca finds out the truth about her husband 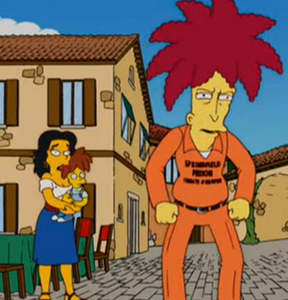 Francesca watches her husband swear vendetta on the Simpsons 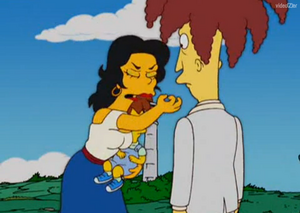