Francesco is Beatrice's younger brother that was sent to Hell and a major antagonist from the videogame Dante's Inferno. He is also the penultimate boss Dante encounters. 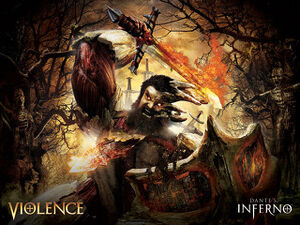 Retrieved from "https://villains.fandom.com/wiki/Francesco_(Dante%27s_Inferno)?oldid=3239840"
Community content is available under CC-BY-SA unless otherwise noted.