Making 'wind chimes' out of his victims' rib bones for Jane.

Ruin Jason Gideon's life and have Jane Hanratty for himself (succeeded at the cost of his life).

Frank Breitkopf is a psychopathic serial killer and a major antagonist in the crime-drama TV series Criminal Minds. He is one of Agent Jason Gideon's most personal enemies and the main antagonist of the Season 2 episodes "No Way Out" and "No Way Out, Part II: The Evilution of Frank".

He was portrayed by Keith Carradine, who has also voiced Blake Dexter in Hitman: Absolution.

Frank never knew his father. His mother, Mary Louise Breitkopf, was a German immigrant prostitute who made him watch as she serviced her clients, eventually turning him into a sexually sadistic psychopath. Frank ultimately killed his mother and preserved her corpse for years in her old apartment. After killing his mother, he began traveling around the U.S., killing women of varying ages who, in some way or another, reminded him of her.

He kidnapped a mentally ill woman named "Crazy" Jane Hanratty, but spared her life and let her go because he could tell she was not afraid of him. He would occasionally give her "gifts" of wind chimes made of the bones from his victims' ribcages, leaving them on her porch and disappearing.

After the BAU tie Frank to a series of murders and the disappearance of Sheriff Georgia Davis, Agents Jason Gideon and Derek Morgan find him at a diner, drinking a strawberry milkshake. Frank taunts them, taking a particular interest in getting under Gideon's skin.

Georgia is ultimately found by the authorities, traumatized, inside Frank's trailer. Frank then says that he will give Gideon the location of a bus full of children he had kidnapped earlier, but only if he could leave with Jane, who believes she is in love with him. Gideon agrees, but promises that he will not stop until he has caught Frank. Frank and Jane then disappear into the desert.

Realizing that he will soon be arrested, Frank demands that Gideon bring Jane to him at a train station. Frank tells Jane that they belong together, but do not fit in the world; he then grabs Jane and jumps in the front of a train, killing both Jane and himself. 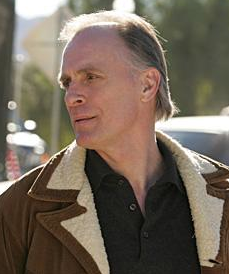 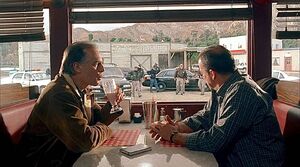 Frank meeting Jason at the diner. 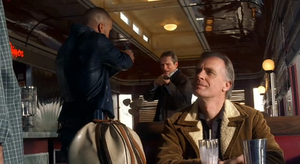 Frank, calm even while having a shotgun pointed at his head. 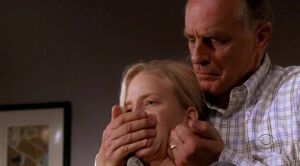 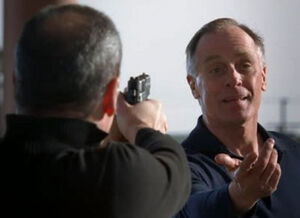 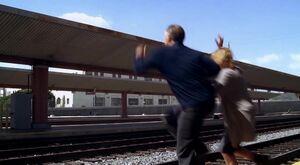 Frank and Jane jumping to their deaths. 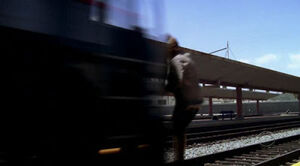 A passing train killing both Frank and Jane.