Consuming the flesh of others.

Eat as many people as he can (succeeded).

Frank Antonio Manera, also known as The Cannibal, is a major antagonist in Outlast: Whistleblower, a DLC expansion of the 2013 survival horror video game Outlast. A cannibalistic Variant, Frank is the first significant enemy that Waylon Park needs to escape from.

He was voiced by Edward Yankie.

Frank Antonio Manera was born in 1976. His father is named Antonio Manera. Little is known about Frank's past, only that he is 36 years old, and has been admitted to the asylum on October 31, 2010. According to the doctors of the Murkoff Corporation in the Mount Massive Asylum, Frank Manera doesn't eat almost anything (hiding the fact that he's a cannibal).

In 2012, Frank Manera ended their queries, being taken to the Morphogenic Engine (a fact that was hidden from his father). Later, Frank Manera becomes a very dangerous Variant, that the overwhelming majority of the time, ended up attacking defenseless other Variants and even stronger Variants.

In 2013, The Walrider is freed and Frank Manera escapes, along with several other Variants.

Frank Manera killed several guards, mutilating them and ate their flesh. When Waylon Park met for the first time with Frank, he was devouring a body of a random doctor in the cafeteria. After that, Frank Manera chases Waylon Park, deciding to take ownership of his meat and murder him with a circular saw, as well as many other ways. Eventually, he ambushes Park and restrains him. As he was about to murder him with the saw, he paused and noticed a nearby furnace. Frank decided to throw Park inside the furnace and lock him inside, intending to burn him alive. However, Park manages to escape the furnace, much to Frank's anger, who resumes chasing him.

Waylon manages to escape Frank permanently, and eventually the asylum itself, leaving Frank locked inside.

Frank is not seen again, but its highly likely he survived as when the private military contractors stormed the building on the orders of their higher ups to contain the situation by exterminating all hostiles, referring to The Variants. The soldiers only killed some variants in the actual building while Frank was trapped inside the recreation block which is completely locked up and isolated from the actual building, it's likely Frank continued to prowl the recreational and kill and eat the variants inside. 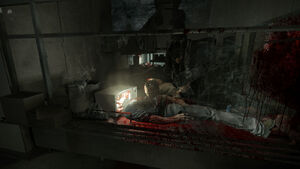 Frank feasting on one of his many victims. 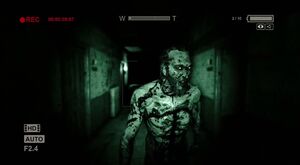 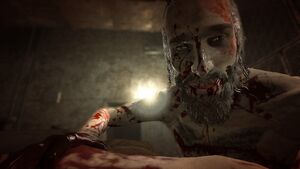 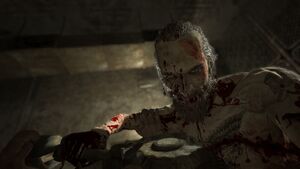 Frank preparing to kill Waylon with his buzz saw. 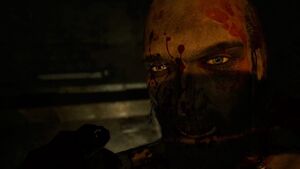 Frank preparing to throw Waylon into a cremation furnace. 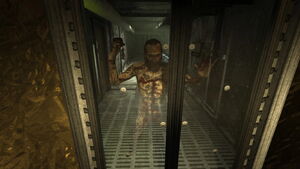 Frank failing to intercept Waylon at a decontamination chamber. 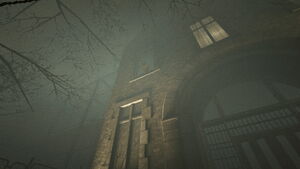 Frank's final appearance screaming at Waylon from a window. 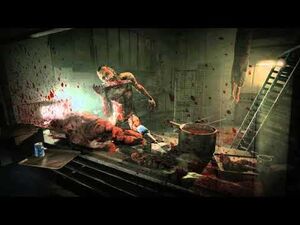 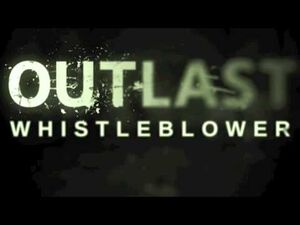