Serial killer
Leader of The Legion

Sacrifice survivors for The Entity (currently).

Frank Morrison is a playable antagonist in Dead by Daylight. He is the leader of the collective band of Killers known as The Legion, and the one responsible for corrupting the other members, Julie, Susie and Joey, into a life of crime and murder.

He is voiced by Nicolas Brassard, who also voices his fellow Legion member Joey.

Before starting his life of crime, Frank Morrison was known for being a violent and immoral child, even leaving school after shoving a referee into the stands. He was moved from many different foster homes before finally coming to Ormond under the care of Clive Andrews, an alcoholic man who would trade the checks he got from family services for drinks.

Frank was initially dissatisfied with Ormond, considering it boring and hoping to be sent to another adoptive family, until meeting Julie Kostenko. They both bonded over their boredom towards Ormond and talked with each other over their own philosophies and conspiracy theories, like believing that school was meant for brainwashing kids to follow roles in the Industrial Revolution. The two then fell in love, and Julie introduced him to her friends Joey and Susie. At night, Frank and Julie would watch slasher movies and share knowledge about famous serial killers.

Julie eventually had an idea to form a gang named the Soldiers of Mayhem, a name which Frank disliked. She admired how Frank enjoyed rebuking against "ugly" people, and began to see the whole of Ormond as ugly. At night, Frank challenged Julie to steal car badges. Later, Frank discussed his ambitions to overthrow the world with the other three members, saying "Money is dead on its own. Money doesn't inspire the world. Real passion and emotion does. See yourself doing what it is you want to do for the rest of your life with passion. Be clear and focused and do not waver and watch the world work in your favour." This made Julie imagine turning Ormond into the gang's personal play pen.

As Julie and her friends grew more and more obsessed with Frank, she imagined setting fire to the whole town and making Ormond interesting by murdering people. She bought several globes from Ormond and edited them to depict several stick figures setting a snowman on fire. Frank was initially unimpressed and wanted it to be an actual person. When the snowman melted to reveal another stick figure, he smiled and said "Nice". Their plans would be put into fruition when they drove to the theater and set it on fire.

Back in the cabin, Joey kept trying to think of a name for the gang. They eventually hadtheir biggest plan yet, to vandalize the store that Joey was recently fired from, before Julie claimed that they would feel the wrath of the Legion. Frank approved of the name, and gave them all white masks. As they were looting the store, a cleaner saw them and grabbed Julie. Out of retaliation, Frank stabbed him in the back with his knife, to the shock of the other three. He handed his knife to the horrified Susie to finish what they had started, then grabbed her trembling hands to stab him in the throat.

Frank told the group to act fast, causing the gang to mop up the blood before stashing the cleaner's body in Joey's car and burying it in a hill. Frank was called by The Entity, following its path. When the others realized he was gone, they followed him until all four teens had disappeared. The four were reported missing as their parents had thought they had just run away with Frank and each family came up with a different theory until a body was found inside Mount Ormond's lodge.

Ever since then, Frank and the Legion assisted the Entity with hunting Survivors. 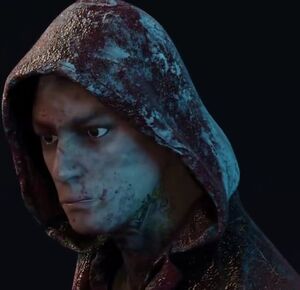 Frank without his mask. 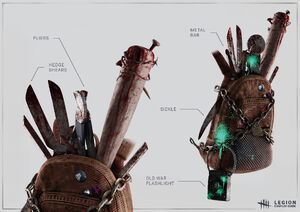 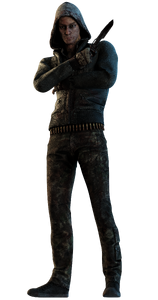 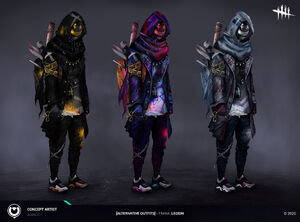 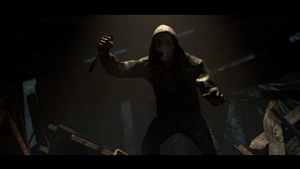 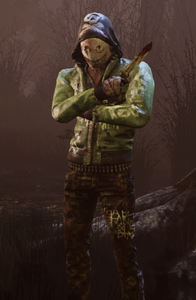 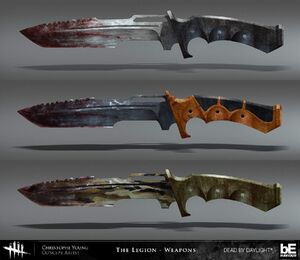 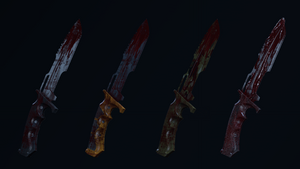 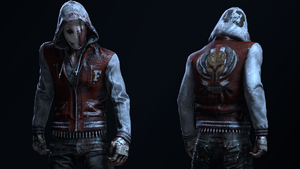 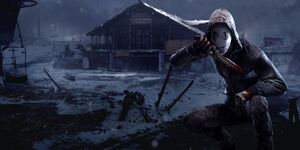 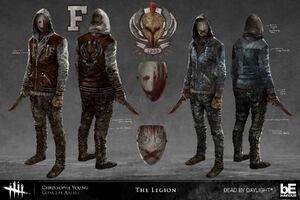 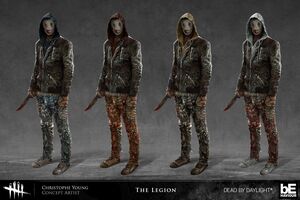 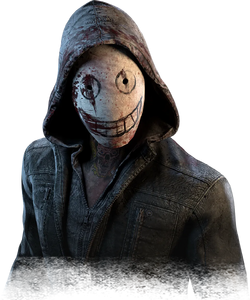