Make a chemical bomb to sabotage a GM summit.

Frantz Fuchs was born in Linz, Austria in 1929 where he spent his formative years nurtured in violence by his father who, when World War II broke out, encouraged the young Frantz to join a different youth organization that had uniforms, instilled hatred in his mind and provided his son with weapons to play with.

However, after the Nazis' downfall, Frantz fled to Marseillesand the French Foreign Legion. He quickly rose in the ranks as he continued to hone his talents in explosives and assassination. After he left the service in 1955, Frantz continued to practice his brand of terrorism and established a name for himself as one of the world's most dangerous mercenaries.

After getting impatient over Ort-Meyer's setback, Frantz and the others decided to pressurize him by cutting his funds. However, Ort-Meyer manipulated the ICA and sent 47 to eliminate them all. Whilst intending to set off a chemical bomb at a GM summit held in the Thermal Bath Hotel, Fuchs was killed in Budapest, Hungary along with his brother, Fritz Fuchs, by Agent 47.

During Agent 47's flashbacks, it is revealed that he had a third brother, Fabian Fuchs, who also was killed by Agent 47 some time before the events in the hotel.

Unlike other 47's five fathers, Frantz is the only one who does not employ an extensive amount of bodyguards, instead relying on only two personal bodyguards. His unpreparedness eventually leads to 47 being able to confront him in his room. Additionally, he's rather cowardly, since he surrenders the moment 47 appears and doesn't even try to fight back, which is something that 47's other fathers lack. 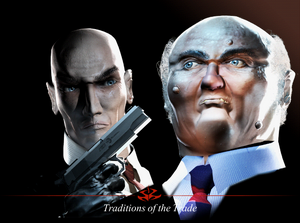 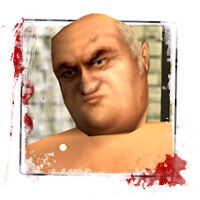