Villains Wiki
Register
Don't have an account?
Sign In
Advertisement
in: Mature, Male, Call of Duty Villains,
and 16 more

Collecting information for the mafia.

Franz Kraus is a minor antagonist from the 2020 video game Call of Duty: Black Ops Cold War. He is a former Stasi agent turned information courier for the Russian mafia boss Anton Volkov, who is an associate of the Soviet spy Perseus. Due to Volkov's connection to Perseus, the CIA decides to trail Franz to get to the mob boss by sending operatives Russell Adler, Helen Park, Eleazar "Lazar" Azoulay, and "Bell".

He was voiced by John Hans Tester, who also played Karl Holstedder in Hunters.

Franz Kraus was presumably born in East Germany and grew up in Dresden, and later relocated to Paris for a decade after graduating. Kraus became an agent for the German security service Ministry for State Security, better known as Stasi, and presumably joined to make a name for himself. Franz later married a woman named Edda, and the two had a son together named Wilhelm. Franz would later be discharged from the Stasi and returned to Germany in 1972, and joined the Russian Mafia, acting as an information courier to the Russian mob boss, Anton Volkov, who is an associate of a Soviet spy who goes by the code name "Perseus". Though he acted as Volkov's chief courier, Krauz was mearly a pawn for Volkov to receive information and money. MI6 has kept an eye on Kraus for two years ever since an agent saw him on surveillance while watching Leon "Six Fingers" Dubray. Kraus also knew of "Perseus", as he referenced the Soviet spy to Volkov at the end of "Brick in the Wall".

In order to get to Anton Volkov, Kraus was investigated by Bell, Russell Adler, Helen Park, Lazar, and Greta Keller. He was also friendly with another Stasi agent on the mob’s payroll named Lukas Richter. His apartment was broken into by Bell, in which he knocked them out and captured them after finding them in his secret room. West German spy, Greta Keller had also been captured in front of Volkov, his men, Richter, other Stasi agents, and other Russian mobsters. Alongside a few other Stasi agents and a few Russian mobsters, he was killed by Adler, Helen Park, and Eleazar "Lazar" Azoulay who broke in to save Bell and Keller. 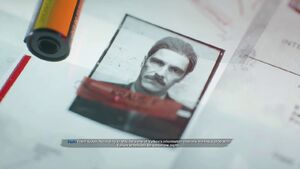 A photo of a young Franz Kraus. 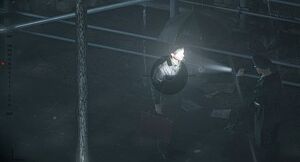 Franz being checked by the Stasi police. 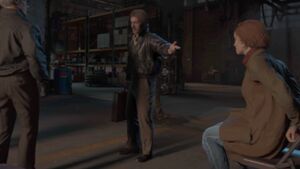 Franz explaining himself to Volkov. 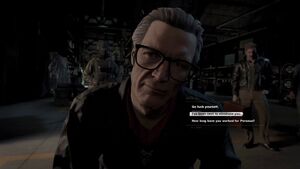 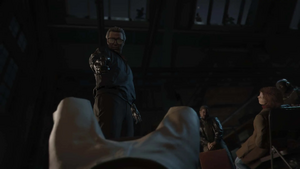