Franz Krieger is the secondary antagonist of the 1996 spy action thriller film Mission: Impossible. He is a helicopter expert pilot and former member of Ethan Hunt's crew who worked for Jim Phelps.

He was portrayed by Jean Reno, who also played Le Frog in Flushed Away.

They infiltrate CIA headquarters in Langley, Virginia, steal the real list, and flee to London. Kittridge detects the theft and has Hunt's mother and uncle falsely arrested for drug trafficking; he provides wide media coverage of it, forcing Hunt to call Kittridge. Hunt times the call to allow the CIA to trace him to London before hanging up, but when he is done, Hunt is surprised to find Phelps nearby. Phelps recounts how he survived the shooting, naming Kittridge as the mole who set them up in Prague. Though he verbally agrees, Hunt realizes Phelps is the mole and Max's "Job." Hunt also suspects Krieger had killed the other IMF members on the Prague job, but remains unsure whether Claire was involved. Hunt arranges with Max to exchange the list aboard the TGV high-speed train to Paris the next day.

On the train, Hunt remotely directs Max to the list. Max verifies the list and gives Hunt the keycode to a briefcase containing his payment along with Job in the baggage car. Ethan calls Claire and tells her to meet him there. Meanwhile, Stickell uses a jamming device to prevent Max from uploading the data to her servers. When Claire reaches the baggage car, she finds Phelps, and tells him Ethan will arrive shortly. She questions whether killing Ethan is a good idea, since they'll need a fall guy if they want to take the money for themselves. To Claire's surprise, Phelps reveals himself to be Ethan in disguise, exposing her as a co-conspirator. Moments later, the real Phelps arrives and takes the money at gunpoint. Hunt dons a pair of video glasses that relays Phelps' existence to Kittridge, proving Hunt innocent of being Job and the mole.

With his cover blown, Phelps tries to kill Ethan but Claire intervenes and Phelps kills her. He then tries to escape with the money by climbing to the roof of the train, where Krieger is waiting with a helicopter with a tether. Hunt and Phelps fight atop the speeding train. At one point, Hunt connects the tether to the train itself, forcing Krieger to pilot the helicopter into the Channel Tunnel after the train. Hunt places a piece of explosive chewing gum — a relic of the Prague mission — on the outside of Krieger's helicopter windshield, killing Phelps and Krieger. Aboard the train, Kittridge arrests Max and recovers the list before it can be sent. 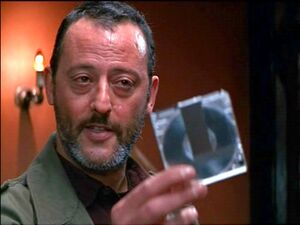 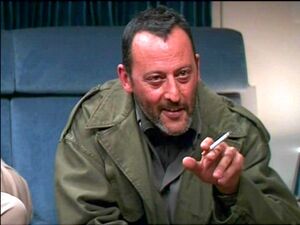 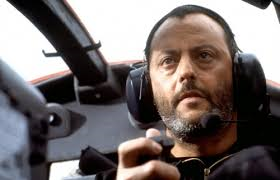