Fred Renard is the main antagonist of the Twilight Zone episode "What You Need". He is a 36-year-old small-time thug described by the Narrator as a "friendless, lonely, grasping compulsive, nervous man".

He was portrayed by the late Steve Cochran.

The episode begins with a peddler, Pedott, entering a café. Pedott has the uncanny ability to see the future and then give people what they need, first giving a woman a vial of cleaner and then giving a baseball player a ticket to Scranton, seconds before being called for a job in Scranton and has to have his jacket cleaned by the woman. This catches Renard's attention, prompting him to demand that Pedott give him what he needs. Pedott gives him a pair of scissors, puzzling him...until his tie gets caught in the doors of a lift at his hotel and he uses the scissors to cut himself free. Amazed, Renard tracks Pedott down and demands that Pedott give him another item he needs. Pedott provides Renard with a leaky pen that predicts a winning racehorse.

Renard once again tracks down Pedott and once again menaces him into giving him something he needs. Pedott gives him a pair of leather shoes. Renard begins following Pedott, only for him to discover that the leather soles are too slippery. Renard skids into the road and a car hits him. Pedott explains to Renard's body that the shoes were what he usually needed, as he knew that Renard would one day kill him.

Pedott later gives a comb to a couple reading the newspaper report about Renard's death. 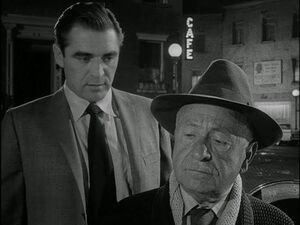 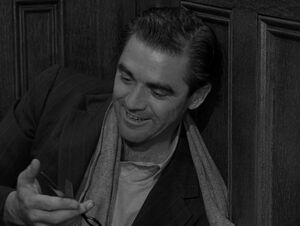 Renard scoffs at the pair of scissors Pedott has given him 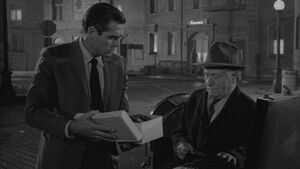 Retrieved from "https://villains.fandom.com/wiki/Fred_Renard?oldid=3462382"
Community content is available under CC-BY-SA unless otherwise noted.