Freddy Frostbear is a Christmas-themed animatronic robot created by Fazbear Entertainment for their new "Fazbear Funtime Service", in which people can order animatronics to be delivered to their homes for entertainment.

After the player accidentally signs up for an eternal subscription to the service, they start receiving e-mails from Freddy Frostbear, telling them to let him inside.

Frostbear possesses the ability to freeze the players phone screens, causing them to have to shake it to thaw the ice. Also, like all the other animatronics in the game, can cloak himself, becoming invisible to the player.

Frostbear looks very similar to the original Freddy Fazbear, with some notable exceptions. His skin is covered in blue ice, and there are icicles hanging off of him. Also, his microphone is replaced by a sharp icicle, and there is mistletoe on his hat. 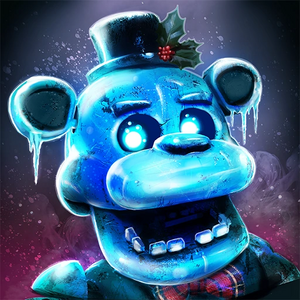 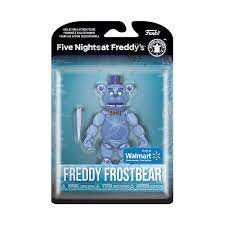 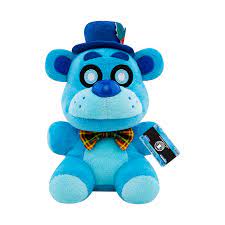