He was a wealthy oil tycoon and the Owner of Schist Corporation who murdered Seminole tribal shaman Ted Sallis and forced indigenous Seminoles to give him sacred land, including the Dark Water, for oil drilling.

He was portrayed Patrick Thompson.

Leader of an oil company, Frederick Schist illegally builds an oil rig in the middle of Seminole land, in a sacred place known as the Dark Water. The place was a sacred land for the Native Americans living there, who called it "The Nexus of All Realities". Schist ignored the locals' protests and murdered Ted Sallis, the chief shaman.

Some time after Sallis' homicide, a strange "beast", dubbed the Man-Thing, started to kill Schist's employers and whoever else dared to enter the swamp. He eventually got, new Sheriff Kyle Williams to investigate the murders to find the culprit, who he suspects is Rene Laroque, a mixed raced thief who was close to Ted. While discovering the outskirts of the swamp Kyle discovers the corpse of the Former Sheriff. Though believed to be murdered by an alligator, a bullet from Schist's gun was found lodged in the corpse's back. Kyle finds out that Schist had murdered several people and that he had been incriminating Rene.

Schist was an extremely callous, racist, sadistic, and remorseless person, who has no remorse to steal and kill in order to reach his profit. He was gladly willing to kill Ted Sallis and Sheriff Corley, as well polluting the environment, which killed many animals. He coldly killed Mike Ploog, a photographer and colleague of Kyle. He also doesn't show any love and care towards his son Jake. He had a brilliant mind, which he uses to his advantage when committing crimes. 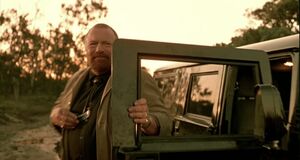 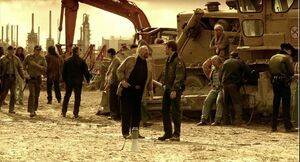 Schist examines the wreckage of his equipment. 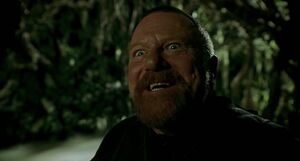 Schist's evil grin as he attempts to kill Kyle and Rene. 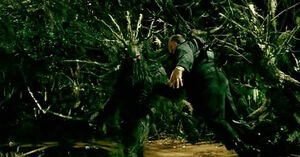 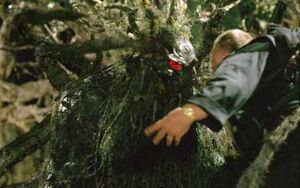 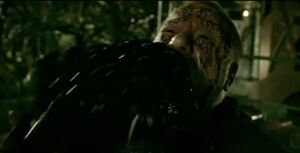 Schist's death as he is pumped with oil.