Man with the Magic Eye

To do anything as he wishes.

Brute
Free is a character in Soul Eater who is a wild card under the services of Medusa Gorgon.

Despite not being bright, Free's immortality enables him to survive everything his opponents use on him or whatever unintentional self-infliction he causes to himself.

Two centuries prior to the story, a werewolf stole the left eye of the Grand Witch Mabaa and endured her wrath as he is immortal. However, Mabaa decides to imprison the werewolf for all eternity in Witch Prison, stripped of his name and referred to as "the Man with the Magic Eye" since. Though Mabaa kept the key to the werewolf's cell on her at all times, it was secretly stolen by Medusa with the intent to free the werewolf when a chance presents itself. That chance came in the form of Soul Eater being infected with Crona's Black Blood, with Medusa entrusting the otherwise unforgivable act of releasing Prisoner #13 to Eruka Frog after forcing her into her service.

By the time Eruka arrived, despite acting tough, the werewolf accepts Eruka's help due to his inability to effectively plan an escape. Meeting Medusa, calling himself "Free" to reflect his current status, the werewolf offers his services to repay his debt to her. Upon learning that he is go after Soul and his Meister Maka, unaware he is to test the Black Blood's effect on them, Free accepts as he feels contempt for Death and the rules he establishes. Confronting his targets at London Bridge, his opponents unable to work together at the time while his magic is still rusty, Free has the upper hand until the Meister/Weapon team are able to use Witch Hunter with Maka pushing Free off the bridge. Though he intended to drag Maka into a watery grave, Free's hand is sliced off by Black Star and the werewolf's attempt to get back on the bridge ends with him frozen and sinking into the sea.

Free later aids Medusa's scheme to trap the DWMA students and facility before joining Eruka in reviving the Kishin Asura while evading Black Star and Death the Kid. Despite nearly killing himself after being subjected to Asura's Madness Wave, Free gives Eruka enough time to revive the Kishin before they quickly flee from Death City. Later infiltrating Arachnophobia, Free is forced to work with Kid to deal with Mosquito while taking out one of Baba Yaga's towers.

After Eruka's capture, Free attempted to bust her out. However, due to his size, it ended in failure with him in a DWMA cell. Though released to aid Kid alongside Eruka in requesting an help from Maababa, Free is put on trail with the others in their group and is sentenced a thousand death penalties. Luckily, Kid convinces the witches to spare them and Free played a minor role in the fight against Crona.

Free human form, he is a tall, attractive man with a muscular build, apparently seeming to be in his thirties, with some facial hair unkept. On his right shoulder he has a tattoo of unknown form, which resembles an eye. HIs left eye is removed and replaced with Maba's own Demon Eye.

Free Wolfman form, Free's appearance is that of the typical depiction of a Wolfman. It features mostly dark fur; with his chest area, abdomen, hands, face, and ears all being gray. This form includes a long tail when Free first reveals himself as a Wolfman; however, after it is cut off by Maka's Witch-Hunt, it is yet to be seen again. He also has extended, sharp claws and fangs.

Free is actually silly and reasonably comedic in his thoughts and actions. During his escape from Witch Prison, he explains to Eruka that while in jail he devised a plan to escape: dig a tunnel under the cell's wall with a spoon. Free came up with this idea out of inspiration from movies he had seen, and he had always thought that the concept was very "cool." This plan, however, is foiled on account of the prison only serving food that required chopsticks, never providing Free with the spoon he so desperately needed. Free is also reasonably foolish and even he acknowledges it, stating that he is is not very good at coming up with ideas.

Free, overall, does not seem to like when others draw attention to his mistakes. When he fights against Maka and Soul in London, he accidentally hits himself with his own attacks on two occasions as a result of not having fought in over 200 years. He tries to avert the attention of his opponents by saying that everything is okay, and that there is nothing of interest to see. 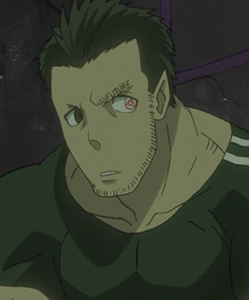 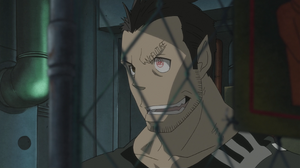 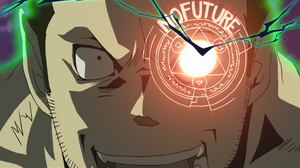 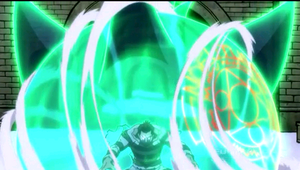 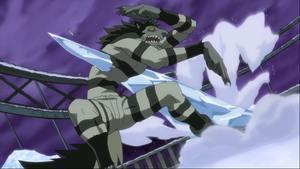 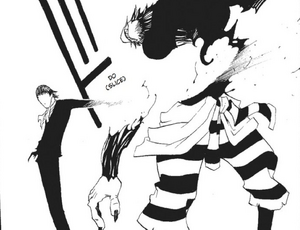 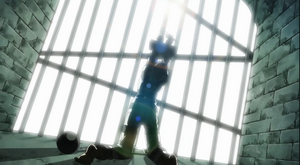 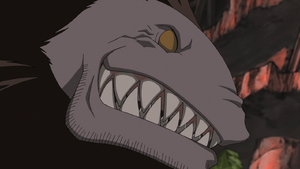 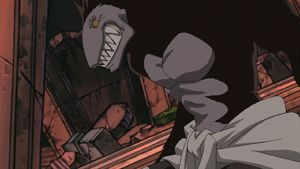 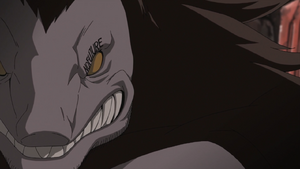 Retrieved from "https://villains.fandom.com/wiki/Free?oldid=4138495"
Community content is available under CC-BY-SA unless otherwise noted.