Make a chemical bomb to sabotage a GM summit.

He was originally a killable NPC (or an optional victim) in Codename 47, but became the mission's secondary target in the Hitman: Contracts remake. Nevertheless, it was vital in both versions to eliminate Fritz so that 47 could seize the Fuchs Brothers' chemical bomb much easier.

Fritz was one of the Fuchs Brothers who joins his brothers' cause. He had been suffering from heart problems and couldn't withstand heat.

In the mission Traditions of the Trade, Fritz and his brother Frantz Fuchs had planned to set off a chemical bomb at a UN summit. Fritz Fuchs is posing as a dentist, and is storing the chemical bomb in the X-ray room in his dentist practice. However, Agent 47 killed Fritz and Frantz and took the chemical bomb with him before they can set it off.

In Hitman: Codename 47, Fritz was killed by 47 during taking sauna bath, via rising up the tempreature to cause a heart failure, killing Fritz. In Hitman: Contracts, however, Fritz was (canonically) killed by 47 whilst swimming in the bathhouse, after 47 pludged Fritz' head into the pool and drowned him, though the killing via sauna bath is still available for Fritz's elimination.

In HITMAN (2016), Fritz was featured in "Legacy" trailer and cutscene, as one of the past targets eliminated by 47 who appeared in Lucas Grey's flashback. Here, it showed that Fritz was (canonically) killed by 47 via drowning in the bathhouse, like that in Contracts. 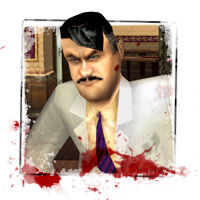 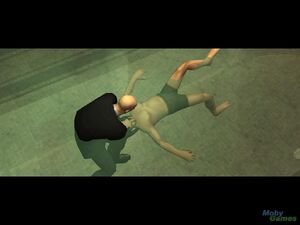 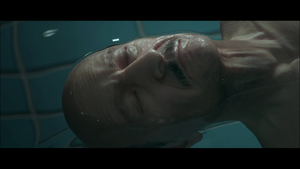 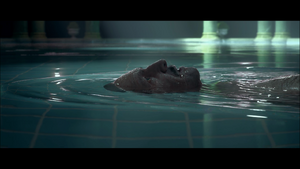