Monster
The Frog Orphnoch is an antagonist in episode 26 of Kamen Rider 555. He is an Orphnoch with the characteristics of a frog. His human form is a club man.

He was portrayed by Masashi Morishima.

While he was in the club, he was attacked by Aki Sawada after he transformed the Spider Orphenoku as a human being. Instead of dying, he survived the attack and changed into an Orphnoch.

Afterwards, he attacked Yuki Kawachi only for Masato Kusaka to intervene and transform into Kaixa to fight him. After melting the blade of Kaixa's weapon with his water gun, he fled the scene. He was pursued by Kamen Riders Faiz and Kaixa chased. As the two caught up to him, the Frog Orphnoch was defeated by Saya Kimura as Kamen Rider Delta. By the time Takumi arrived, the Frog Orphnoch collapsed to his knees and was incinerated, disappearing in red flames.

In addition to jumping 20m at a stretch with strong leg strength, the water gun of the weapon sprays a solution powerful enough to dissolve the blade part of Kaiser Bragan . 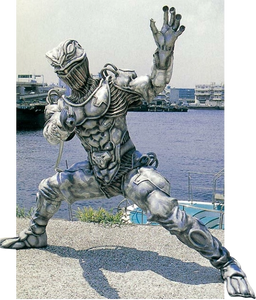 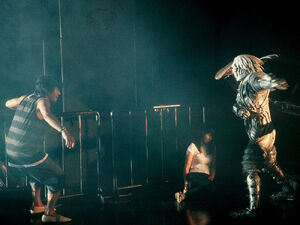 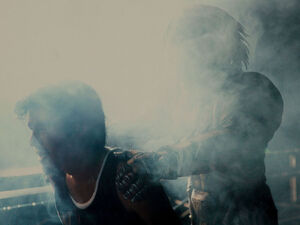 The Spider Orphnoch coming up on the man from behind. 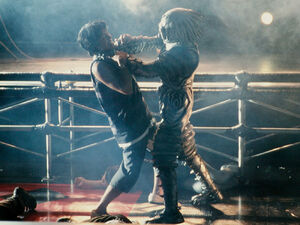 Man being attacked by Spider Orphnoch. 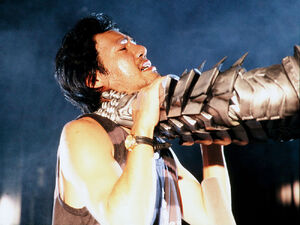 The man being strangled by the Spider Orphnoch. 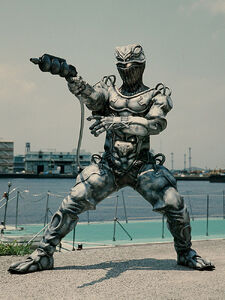 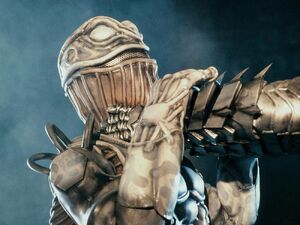 The Frog Orphnoch is born. 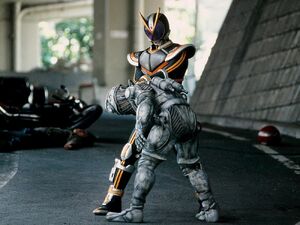 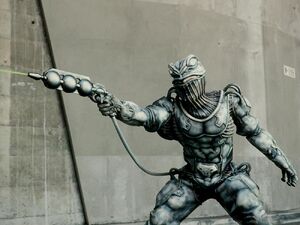