Frost was a member of the Lin Kuei clan that turned on Sub-Zero and an antagonist from the Mortal Kombat series of fighting games.

In the original timeline, Frost was intitially loyal to Sub-Zero and the Lin-Kuei. Sadly, she possessed mental instability and was arrogant about her potential. Between these two factors, she was led to eventually try and oust Sub-Zero as grandmaster. Only for her scheme to fail and her to be banished. After her banishment, her mental state grew worse, especially once she discovered Sub-Zero had made peace with the Lin Kuei's mortal enemy Scorpion. After being resurrected by accident by Taven, Frost's insanity reached new heights, seeing everyone around her as her former grandmaster, though this could have been a side effect of being resurrected, as after Taven defeated her, she realised he was not Sub-Zero.

Frost is a strong fighter with potential but lacks judgment: she cannot see the wisdom of peace. She is stubborn, confident, power hungry and feisty. Her dedication to fighting and learning is overshadowed by her arrogance and hostility towards anyone she perceives to be greater than her. Headstrong and driven, her abilities are eclipsed only by her overconfidence. 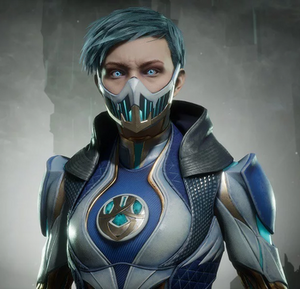 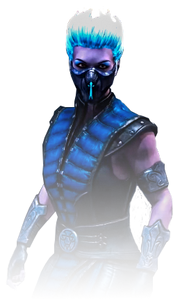 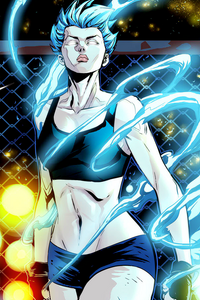 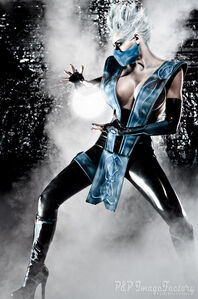 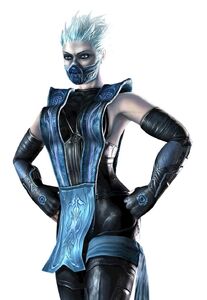 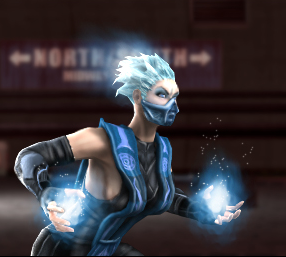 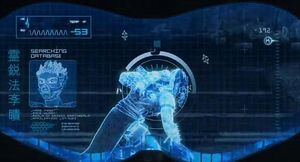 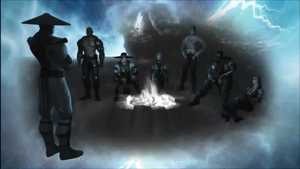 Frost in one of Raiden's visions siting in between Kung Lao and Johnny Cage in Mortal Kombat (2011). 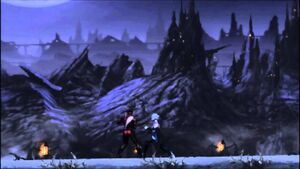 Kenshi and Frost fight on the stage Pit II in Mortal Kombat (2011).
Add a photo to this gallery 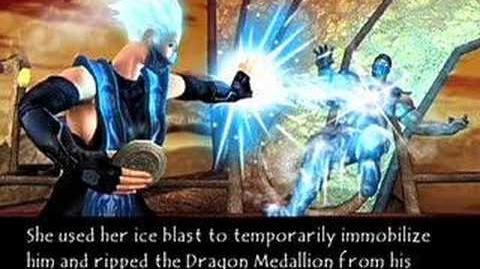 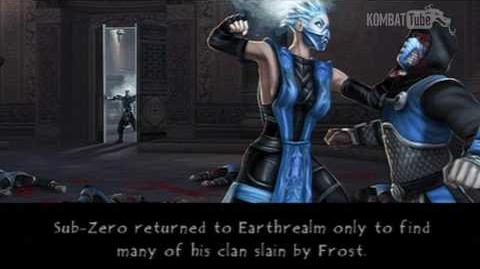 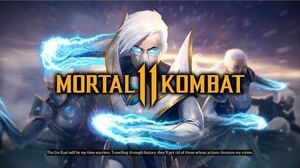 Retrieved from "https://villains.fandom.com/wiki/Frost_(Mortal_Kombat)?oldid=3076516"
Community content is available under CC-BY-SA unless otherwise noted.