Kill all people in order to stop them from harming the Planet.

Fuhito (フヒト, Fuhito) is the main antagonist of Before Crisis -Final Fantasy VII-. He is the intellectual force behind AVALANCHE, and excels in creating battle plans. His weapon of choice is a modified gun that shoots out high-powered blasts of energy.

Underneath his calm nature to both allies and enemies, Fuhito is a treacherous and cold scientist who views everyone as mere tools and unequal to his position. He is highly knowledgeable in not just science, but in terms of tactical warfare, making him useful for conceiving tactical solutions. Much like his idol Professor Hojo, Fuhito has a deranged view of science and seeks to use it to accomplish his goal. He is also shown to have no patience with Shears.

While AVALANCHE's goal was to bring down the corrupt Shinra Inc. to save the Planet, Fuhito believes all people are to be terminated to stop their harm to the Planet. To achieve his genocidal end, he uses Elfé in a plot to summon "Zirconiade", the Ultimate Summon, so he could take control of the beast and use it to destroy all humanity. His coldness towards Elfé's deteriorating condition causes Shears to leave AVALANCHE.

Eventually, Fuhito captures a disc containing data on SOLDIER, captured with assistance from his personal attack squad of semi-human monsters called the Ravens. Fuhito orchestrates an AVALANCHE attack on the Shira Headquarters so he could meet Professor Hojo and show off his scientific genius.

Once gaining the Zirconiade Materia, Fuhito activates it and his body mutates, becoming one with the powers of Zirconiade. Due to this and the immense powers radiating from the Materia, Fuhito, with the infinite knowledge held within it, loses most of his sanity, but is able to keep only some of it when he battles the Turks. After his defeat, Fuhito dies but Zirconiade was released and began its attack to destroy all life on the Planet. After a lengthy fight, the Turks destroy Zirconiade, foiling Fuhito's plans once and for all.

Fuhito would leave behind plans to bomb the Sector 1 Reactor, which was later performed by Barret Wallace and his second AVALANCHE squadron at the start of Final Fantasy VII. 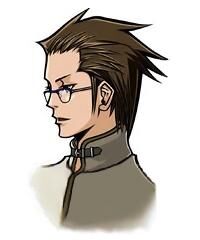 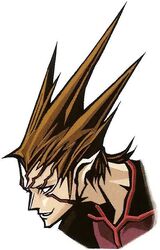 Fuhito in his mutated form after absorbing the powers of the Zirconiade Materia. 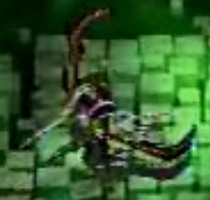 Fuhito Transformed
Add a photo to this gallery

Retrieved from "https://villains.fandom.com/wiki/Fuhito?oldid=4098480"
Community content is available under CC-BY-SA unless otherwise noted.