Figure of the Person of Hourai

Fujiwara no Mokou is an antagonist from Touhou Project: Imperishable Night. She was formerly an ordinary human before she became an immortal being after drinking the Hourai Elixir about one-thousand and three hundred years ago. Now she is never able to die, though she still feels the pain of injuries as normal. She's considered to be very powerful because she has lived for many years and earned that power, and because she doesn't die and can therefore keep fighting until she can no longer stand the pain.

She has hated Kaguya Houraisan ever since the moon princess humiliated Mokou's father by turning down his marriage proposal after he failed her trial of the Impossible Requests. Even though it has been over a thousand years since that happened, she continues to detest Kaguya, knowing full well that she can never get her revenge—nor can Kaguya ever put a permanent end to her. When not fighting with Kaguya, though, she aids the nearby villagers by exterminating youkai and will even guide them safely to Eientei for medical treatment. She is a loner by nature and chooses not to socialize with humans or youkai. After a long gap of absence, she has appeared in Touhou 14.5 and Touhou 15.5 as a playable character.

Mokou has red eyes and ankle-length ivory hair. She wears a light brown shirt that appears as if it has been discolored from fire, and dark red overalls that are randomly decorated with paper charms. Her hair is tied with these same red and white paper charms.

Mokou is described as being a quiet person, and doesn't generally enjoy the company of others. However, she was easily roused during Imperishable Night's extra stage, where she goes on a rant about how annoying Kaguya is. Not much else is known about her as she doesn't really talk much to anyone. As a powerful human (or a being who was once human), one of her main jobs is youkai extermination, though she seems to be settling on guiding visitors to Eientei in and out of the Bamboo Forest of the Lost.

In Cage in Lunatic Runagate, she is relieved that Kaguya appears to be staying on earth rather than returning to the moon, as the two of them are in the same mess of being immortal beings. Mokou also notes that one day she wants to travel to the top of the Youkai Mountain, presumably to see Iwanagahime, the goddess of immortality, and to apologize to her for what she did to Iwakasa.

(Note: The Youkai Mountain was once the mountain Yatsugatake, which is the mountain Sakuyahime suggested to Mokou and Iwakasa to bring the elixir to instead.)

Mokou's inability to die allows her body to receive an indefinite amount of punishment. No matter whether she's beheaded, incinerated or has taken any other form of strike, she'll always revive without exception. Mokou will recover within a few day's time if she takes a non-fatal blow. Due to the nature of the Hourai Elixir she drank over 1300 years ago, she's also incapable of contracting any form of disease or illness. This includes the natural process of ageing, she needs no sustenance such as food, water, air, warmth or sleep to stay alive. Every injury shall cease; critical injuries will be healed in a matter of days. Complete destruction results in complete immediate restoration. The Hourai Elixir is permanent, her immortality is irreversible and cannot be copied or interfered with, she will always be restored to pinnacle condition. According to Fujiwara no Mokou, the first taste of the medicine makes the drinker incapable of growing up or aging. The second taste cures all imperfections, granting perfect physiology and makes them incapable of becoming ill. The third taste makes one completely immortal to the truest sense.  She is an existence completely independent of even the concept of reality, thus making one not subject to the bounds of life, death, or even manipulation. This makes her completely indestructible, and it extends to her mental and spiritual states just as much as her physical state, as she is shown living a carefree life free of mental exhaustion even after 1300 years. She will never be able to die.

Although largely unexplored, she has the ability to manipulate fire in various, although mainly physical, ways. This includes imbuing her kicks in fire or creating fiery tornadoes. Despite this, however, she has proven unable to completely control fire, as she needed the help of Kaguya, and several rabbits to extinguish a forest fire, that she was suspected of having created in the first place. 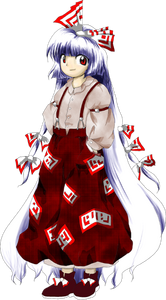 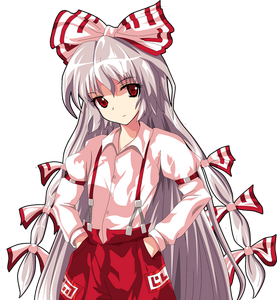 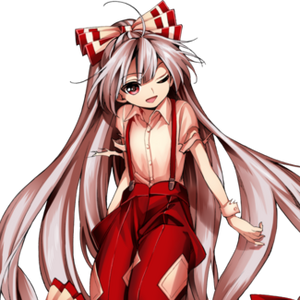 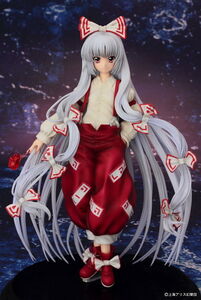 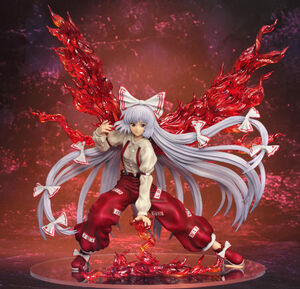 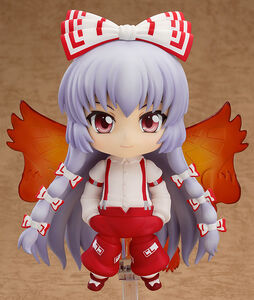 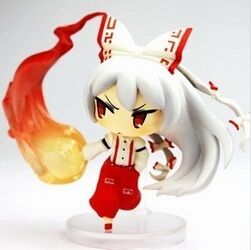 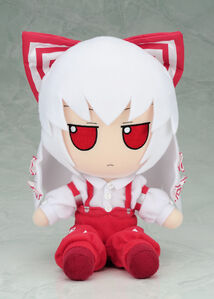 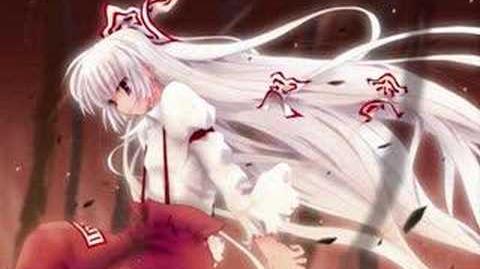 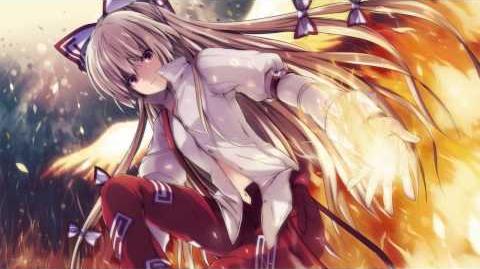 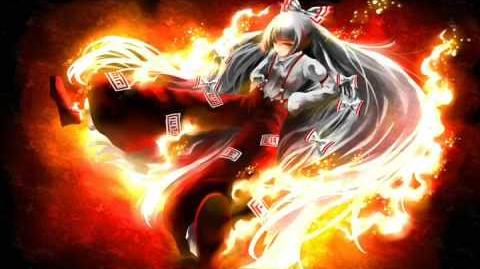 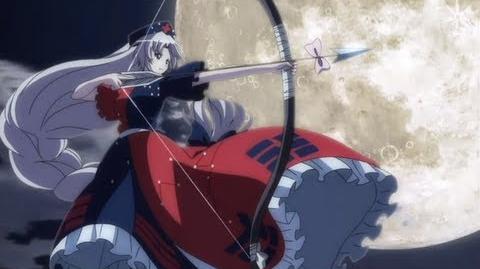