Get revenge on JK.

Fumihiro Nitta, also known as the Unicorn Zodiarts, is an antagonist in Kamen Rider Fourze. He is one of the Zodiarts.

He was portrayed by Kiyotaka Uji.

Nitta was used by JK as a shield from bullies. Because of the injuries he took from the beatings, Nitta was unable to enter a fencing tournament. After learning of how JK deception caused his injuries, Nitta vowed to get revenge on him. Nitta later received a Zodiarts Switch the Scorpion Zodiarts that allows him to transform into the Unicorn Zodiarts, giving him a chance to get his revenge.

While fighting Kamen Rider Fourze, Nitta's desire for revenge triggers his Zodiarts form to undergo a sudden evolution, causing his horse-faced mask to convert into the Longsword Monarch rapier. With his new power, the Unicorn Zodiarts beats down Fourze and captures JK. Nitta allows JK to contact someone for help, believing that none of JK's acquaintances would save him. However, Gentaro goes to save JK in spite of his betrayal of trust. Gentaro transforms into Kamen Rider Fourze Elek States and defeats the Zodiarts with the Rider Ten Billion Volt Break. JK attempts to beat up Nitta for slighting him, but Gentaro stops him and reminds him that he is the one in the wrong in the first place. Gentaro then offers his friendship to Nitta. 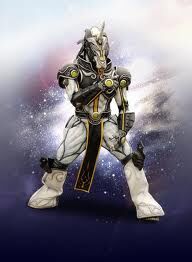 Unicorn Zodiarts
Add a photo to this gallery

Retrieved from "https://villains.fandom.com/wiki/Fumihiro_Nitta?oldid=3536515"
Community content is available under CC-BY-SA unless otherwise noted.