Kill Glen Elg in order to get his money to help pay his debt (both succeeded).

Furio Tigre is the main antagonist of the Phoenix Wright: Trials and Tribulations case "Recipe for Turnabout".

In the anime, he was voiced by Satoshi Mikami in Japanese and Sam Riegel in English.

Four months before the case takes place, Tigre was involved in a car accident in which the other person was severely injured. This person turns out to be Viola Cadaverini, granddaughter of the powerful mob boss, Bruto Cadaverini. An operation miraculously saved her, but it cost $1,000,000. Bruto demanded that Tigre paid the bill in full. After this, Viola began to work at Tigre's loan shop, Tender Lender, out of gratitude.

Despite being a loan shark who charged insanely high-interest rates, he couldn't meet the mark, and the deadline for payment was closing in. On the day of the murder, he met Glen Elg, a client of his and a computer programmer. Elg's own deadline for payment was that day and he and Tigre met at a restaurant named Tres Bien to talk about the payment. As Glen Elg was a gambling addict and unable to pay back his debts in time, he made a deal to create a computer virus worth millions on the black market and sell it to Tigre. However, at the last second Elg won $500,000 on the lottery, removing the need to sell Tigre the virus. Tigre, knowing that this would not be enough to pay the surgery, panicked and put cyanide in Elg's tea, killing him. The restaurant's waitress, Maggey Byrde, saw this and fainted.

As the owner of Tres Bien was in debt to Tigre, he helped Tigre hide the body and the passed out Maggey in the kitchen. He then contacted Viola and told her to dress up as Maggey. Later, in front of an eyewitness, he acted out the murder with himself as Glen Elg and Viola as Maggey. This time around, Viola pretended to poison the coffee and Tigre faked death. This was to pin the blame on Maggey as the murderer. To make matters worse for Maggey, Tigre pretended to be Phoenix Wright and deliberately lost Maggey's case. Phoenix Wright later took Maggey's case and proved Tigre's guilt by tricking him into correcting Phoenix on the bottle that held the poison, something he would not have been able to do unless he was murderer.

Tigre roars furiously while images of the crime flash by behind him. His scream is so loud that the lights in the courtroom shatter,shrouding it in darkness. He remains in the same pose until he is taken away off-screen.

Furio Tigre is a very short-tempered man. He is shown to be extremely angry and obstreperous when he literally roars like a ferocious and aggressive tiger. He can be intimidating towards his debtors as well as just about everyone else he met. However, he knows his place as he reduces himself into a nice man towards Viola as he doesn't want to incur her grandfather's wrath due to him being the most powerful mob boss in the city. His extensive proportions of loans gave him permission to maintain influence over his debtors. His lack of intelligence is seen in his concealment of forensic evidence and his shoddy disguise as Phoenix Wright. His trust on intimidation to get his way generally makes up for this, until Wright outwits Tigre by being cunning and skillful into implicating himself for Glen Elg's murder. 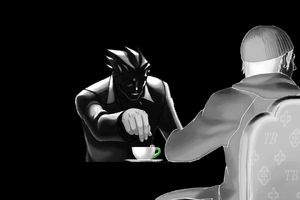 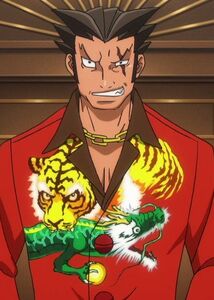 Tigre as he appears in the anime. 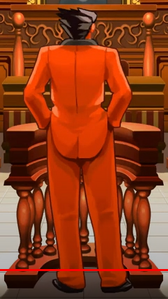 Tigre at the witness stand. 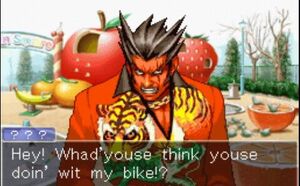 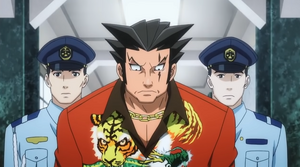 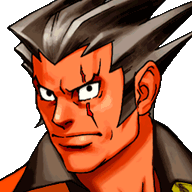 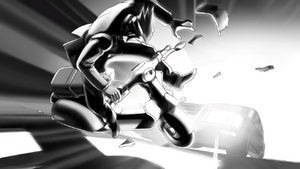 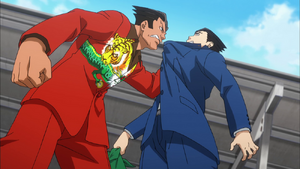 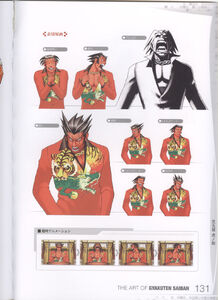