Fusion Gems are gems from the Cartoon Network series Steven Universe. They are the product of two other gems who fuse together to create an entirely separate entity. These gems then gain access to more powers and abilities than they have in their normal form and are much larger and stronger than the average gem.

The fusion of Amethyst and Garnet, created to quickly destroy the Communication Hub. While initially neutral, the fusion grew antagonistic when allowed to remain fused for too long, and was eventually defeated after being struck by her own attack, causing her to split into her components.

The fusion of Jasper and Lapis Lazuli, born in the former's desperate attempt to destroy the Crystal Gems.

This is the only evil fusion to date that is entirely antagonistic (Sugilite was originally neutral), has a degree of sentience (the Cluster Gems behave like mindless monsters) and are mostly active (trying to break free from the ocean, while The Cluster is currently incubating).

Combinations of various broken Crystal Gem warriors, created from experiments conducted by the homeworld. They serve as the prototype of The Cluster.

A giant amalgamation of thousands, if not millions, of broken Crystal Gems warriors. It was created when the homeworld lost the rebellion as a last hoorah to destroy the Earth; the Cluster Gems (see above) serve as precursors to The Cluster.

In the season 3 episode "Gem Drill", the Cluster was communicated to by Steven to bond with itself (the Cluster's many components) instead of forming to destroy Earth. 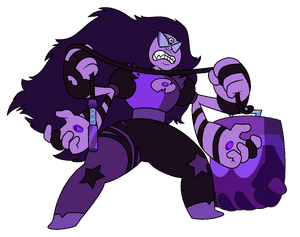 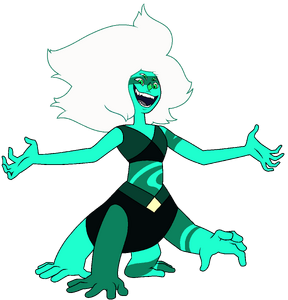 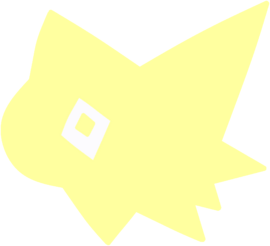 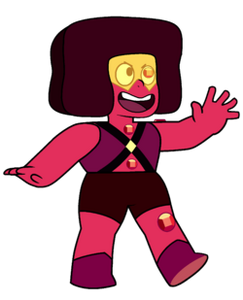 Ruby (Quintuple fusion)
Add a photo to this gallery 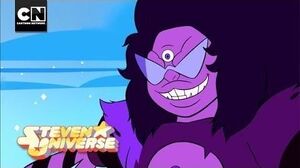 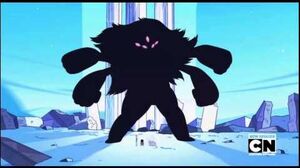 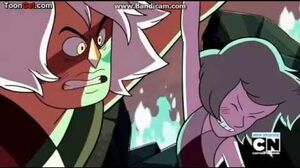 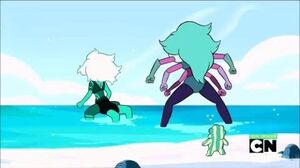 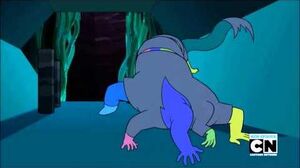 Retrieved from "https://villains.fandom.com/wiki/Fusion_Gems?oldid=3647447"
Community content is available under CC-BY-SA unless otherwise noted.