Staying at the nest to look after the young (males)

Feed and protect their young.

Future Predators (sometimes referred to as just Predators) are recurring Future creatures, the most recurring creature on Primeval discounting Rex.

Their initial appearance saw them originate from some point in the far future, but had also been temporarily living in both the Permian era and the present day. In the first timeline DNA analysis indicates that Future Predators are descended from a sort of bat, which had evolved into becoming big, hairless and wingless although retaining echolocation.

In the second timeline Future Predators were apparently not natural creatures and were created in the ARC because of something Christine Johnson would apparently come to do after taking over the ARC, implying they were genetic mutants, created using cloning mechanisms. It is also possible that they were cloned from their future selves' DNA, creating a time paradox.

In a third change to the future timeline that was caused by the interruption of the 2011 Convergence by the opening of the New Dawn Anomaly (though how it affected them is unknown, though it is likely they changed to cope with surviving in the harsh landscape), the Future Predators have mutated into a different form.

When a Predator form family and has offspring, these young were kept in a safe abandoned area; the female would hunt prey and bring it back to the young as food, while the male stayed at the nest to protect the young. When the Predator young were endangered, they would emit high-pitched squeal, to alert any adult Predators. Mother and father Predators would then abandon whatever they were doing and rush back to their nests to ruthlessly protect their young at all costs.

While standard Predators formed some sort of partnership and often formed organized hunting, this was far less seen with Mutated brethren due to the difference of environments each types are subjected to live: Mutated variants are far less organized and coordinated when working in groups, and work together only when they seem to share a common target, only to be fighting and attacking one-another over prey that they found more often than not.

It is unknown whether or not the Future Predators will be in the fourth version of the future, but it is possible, considering that they are one of the show's most iconic creatures. 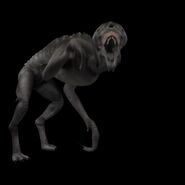 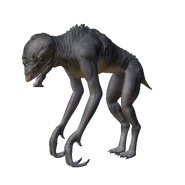 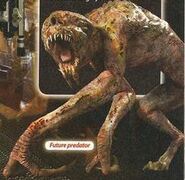 A Mutated Future Predator
Add a photo to this gallery 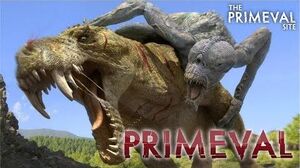 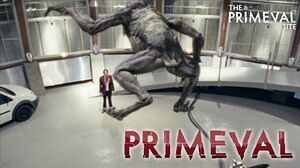 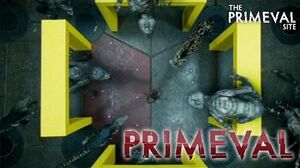 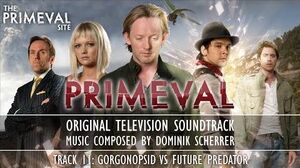 Retrieved from "https://villains.fandom.com/wiki/Future_Predators?oldid=3367182"
Community content is available under CC-BY-SA unless otherwise noted.