They are a mass produced army of Low-Class Roidmudes that serve under Roidmude 108 and the future Krim Steinbelt (in actuality Roidmude 004 in disguise. They are created by the Future Shift Cars of 108 when they possess machines and, as they do not have Cores, lack sapience. Unlike the original Roidmudes, the Future Roidmudes are not numbered from 1 to 108 and instead have "---" in the space where their three-digit numerical designation should be.

In the future, the Future Roidmudes took part in a revolt against humanity that brought the city to ruins.

Upon arriving in the present, Roidmude 108 sent several of his future Shift Cars to combine with vehicles, spawning several Future Roidmudes in the process. The Future Roidmudes were all soon destroyed by the Kamen Riders of the Special Investigation Unit. 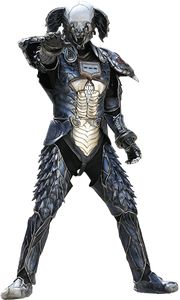 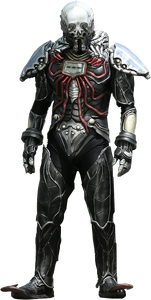 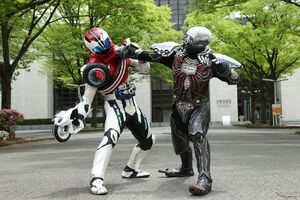 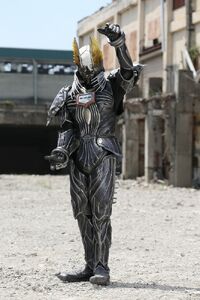 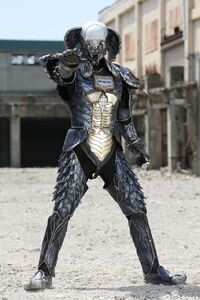