Leader of the Fuu Ki Army

Commander in the Hou Ken Army
General in the Zhao Military

Killing his opponents in a strategical and tactical manner.

Observing the battlefield from his HQ.

Entrap and destroy the Qin Army's left wing (succeeded but failed after his death).

Fuu Ki, also known as The Intellect, is a minor antagonist and supporting antagonist in the historical seinen anime and manga series, Kingdom. He was a member and general in the Hou Ken Army.

He was a major antagonist during the Battle of Bayou Arc where he made his first and final appearance within the series.

In the anime series, he is voiced by Kenji Hamada who provides the voices of Killer, an antagonist from One Piece, Angelo, a minor antagonist from JoJo's Bizarre Adventure: Diamond is Unbreakable, Tales of Symphonia: Dawn of the New World's main antagonist Richter Abend, a young Harry MacDowell from Gungrave, and Sentai villains - Hanko Shadow, Kuroari, and Southern King.

Fuu Ki was a calm and collected man, which is evident during the midst of the battlefield as he thought only on the efficient means of warfare.

Fuu Ki was first seen arriving with Hou Ken and the other Zhao generals at Bayou, asking what their next course of action would be. During the Battle of Bayou, he was given 20,000 men and was positioned on the right wing of the Zhao army. When the Qin left army continued its push, Fuu Ki orders the front units to pull back and the heavy infantry forward along with the left and right wings of the army. His plan was to close in on them from all three sides, so when the Qin army broke by fleeing back the way they came, it would become a one sided massacre. When Kan Ou's cavalry began to charge at his men, he remained calm as he still had enough men to deal with them, but failed to notice the approaching Hi Shin Unit. 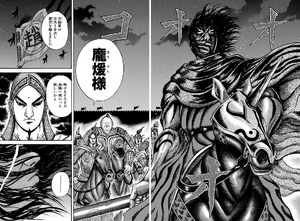 Fuu Ki with Hou Ken and the other generals of the Hou Ken Army at the aftermath of Baou. 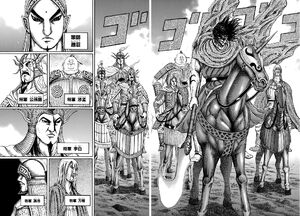 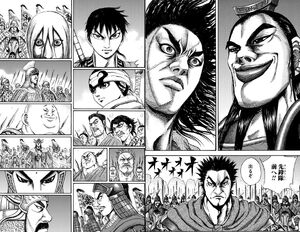 Fuu Ki as one of the headliners in the Battle of Bayou. 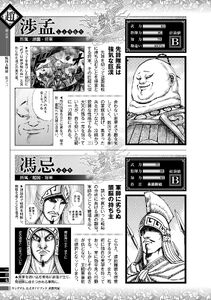 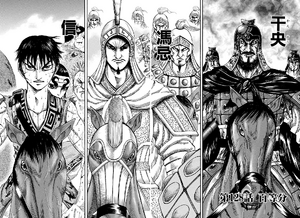 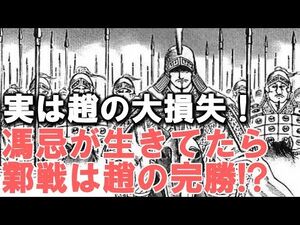 Favoring an aggressive offense in his style of warfare, Fuu Ki was talented in long and medium distance tactics but come up in short when it came to short and close combat, this caused him to miss small details when making large moves which was evident when the Hi Shin Unit's small group of 100 was able to flank and catch his army off guard.