To destroy Dragon of Heavens

Fuuma Monou is the main antagonist of X or X/1999.

He originally is initially kind and gentle. He helps his father dutifully, dotes upon his younger sister Kotori, and excels at high-school sports.

Though he is portrayed as sadistic in the TV series and in the case of the movie a psychotic murderer, the manga portrays Fūma in a less fiendish light.

After Nataku attacks Kyōgo and steals the first Sacred Sword, Fuuma's dying father tells him that he is Kamui's twin star. Accordingly, when Kamui chooses the Dragons of Heaven, Fuuma is forced to become a Dragon of Earth, immediately attacking Kamui and killing Kotori. He proceeds to grant wishes to the characters with whom he interacts, in ways that often lead to their death or that of a loved one.

Fuuma, as the Kamui of the Dragons of Earth, can view, or in some other way sense, the true, heart-felt wishes of others. Fūma reminds whoever is looking at him of the person they care most about. After Fuuma's transformation into the Kamui of the Dragons of Earth, he is referred to in the manga solely as "Kamui" (神威). Fuuma is able to enter any Spirit Shield and has no noticeable aura. After his awakening, he is, with the (theoretical) exception of Kamui, the most powerful of all the Dragons of Heaven and Earth. He has shown absolute confidence and certainty in that he will win over this battle in the end. Besides the dreamseers, he is the only person who seems to know how everything will end. While Fuuma survives and returns to his normal self after Kamui's noble sacrifice in the TV series, Kamui beheads him with his Sacred Sword towards the end of the movie and starts crying over Fuuma's corpse and cradles his severed head, wondering why such a tragedy had befallen him. 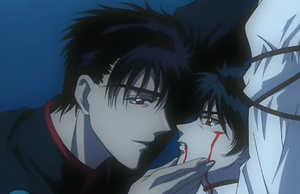 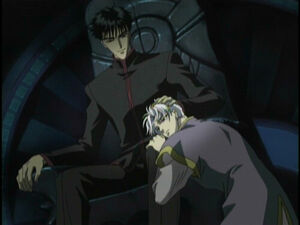 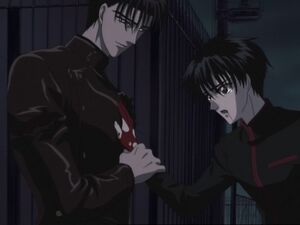 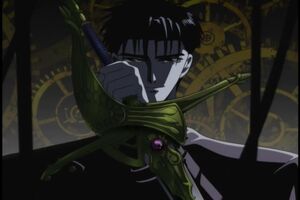 Retrieved from "https://villains.fandom.com/wiki/Fuuma_Monou?oldid=3536538"
Community content is available under CC-BY-SA unless otherwise noted.