Get people's away from his property (failed/succeeded)

Fuzzy Lumpkins is a major antagonist in The Powerpuff Girls. He is a large pink hillbilly monster who lives in the forest. He hates it when people get on his property, resulting in his catchphrase "GET OFFA MY PROPERTY!".

He was voiced by Jim Cummings, who also played Steele in Balto by Universal Pictures, Nessus in Disney's Hercules, Long John Silver in 20th Century Fox's The Pagemaster, Ed in Disney's The Lion King (as well as the last third of Be Prepared), Dennis in Disney's Tarzan, Doctor Robotnik in Sonic the Hedgehog SatAM, Hernán Cortés in DreamWorks' El Dorado, Razoul in Disney's Aladdin and Evil Clown in Disney's The Brave Little Toaster.

Fuzzy Lumpkins is a large, husky, furry, pink, bear-like hillbilly monster with a wide jaw, the appearance of an ape, a bulbous green nose, red-pink eyes, two antennae on his head and big, blue overalls. He weighs 250 lbs. Lumpkins was born on February 9, and goes by the nickname Overlord of Townsville.

In "Meet the Beat-Alls", he teamed up with HIM, Mojo Jojo, and Princess Morbucks to form the group called "The Beat-Alls".

In "Makes Zen to Me", he is brutally beaten by Buttercup, who leaves him wounded and totally disabled.

He has a seemingly large number of Lumkin family members and friends that look similar to him; most of them appear in "Impeach Fuzz", "Shotgun Wedding", and "Roughing it Up".

Fuzzy appears in The Powerpuff Girls Movie (which is the beginning of the series), where he is seen robbing a grocery store by aiming his rifle at an Asian-American cashier to get money—which is odd because Fuzzy does not plan his life around acquiring money or buying anything. He is also seen at the jail where he is incarcerated with Mojo Jojo and the Gangreen Gang. It is unknown if the girls fought him after Mojo's giant plan had been foiled after the city was very nearly destroyed. However, Fuzzy was arrested for robbery. It should be noted that he looked different in the film from the way he did in the TV series, his eyes being red-dashed, while in the TV series they were normal.

Fuzzy is incredibly greedy, hot-tempered, deceptive, obstreperous, and antisocial; as it is shown that he hates having people come onto "his property" and that he will shoot or attack anyone who trespasses. The only true friend he has is an Alulu banjo named Joe. Sometimes, Fuzzy uses his backdoor trumpet to make music along with Joe. It is really fun for the people around them, if and when there are any. He lives in the woods next to the city of Townsville which is within the Tjilani locale. He is also very prone to rude, arrogant, and destructive fits of rage, sometimes gaining enough physical strength to overpower (and even intimidate) the girls. He is also able to turn bright red when completely enraged that only stops if he gets his property back.

In this rock musical episode, Fuzzy is seen causing chaos and terrorizing people in Townsville (like other villains). When the Powerpuff Girls arrive, he and the other villains succeed in defeating them.

Yet, when it comes to the Gnome, he is responsible for eliminating all the villains, including himself, but later, when Fuzzy and the other villains revives, the Gnome loses power.

He is also seen along with all the villains singing Why Can't We All Get Along?, giving to understand that he can also have redeeming features, including in his villainy.

First appeared in episode 6. It is unknown who or what he was before being hit by the black light. Fuzzy looks almost exactly the same as his original counterpart: a large pink creature in overalls (except his nose and antenna-balls switched colors). This rendition of Fuzzy is as rude and destructive as the original, but is nice enough to help an old man or sign an autograph for a fan who likes his banjo playing. That is, before going on a rampage.

Fuzzy also has an obsession with 'his property'. He considers anything he touches to belong to him and will leave a pawprint on it as proof. He is very strong and capable of standing up to the girls until they gained more experience in later episodes. At one point he was even able to catch Buttercup's hammer bare-handed. 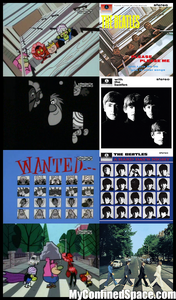 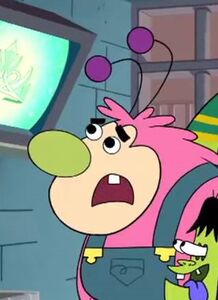 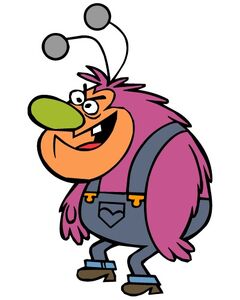 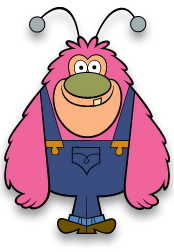 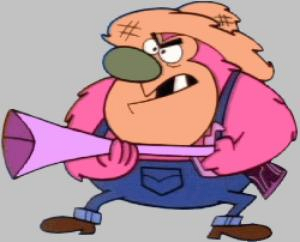 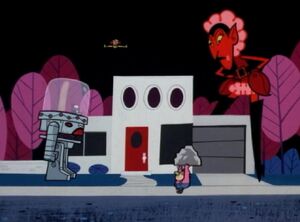 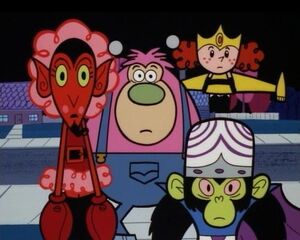 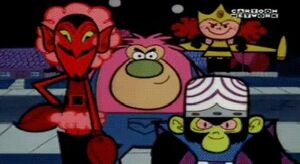 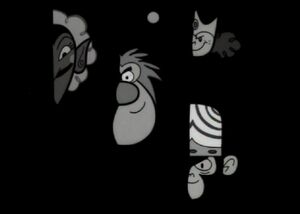 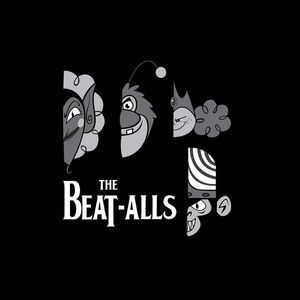 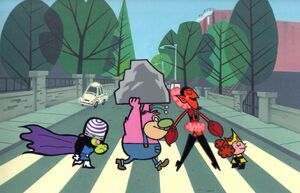 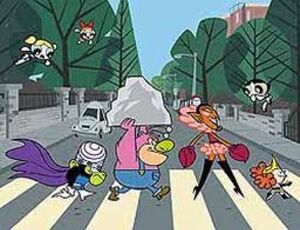 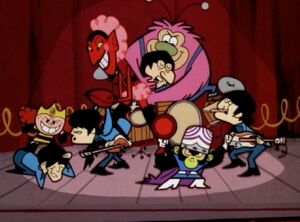 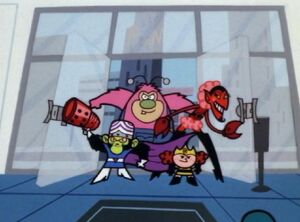 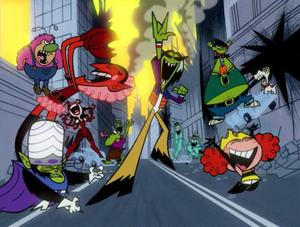 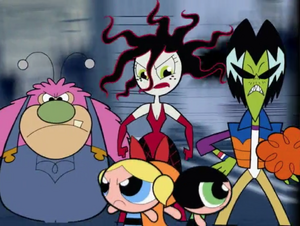 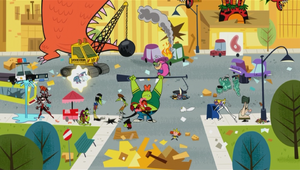 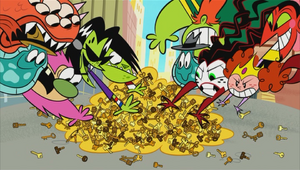