Get rid of the plant (failed).

He is quite small and easily recognizable due to the large red siren light atop his body. GO-4 is equipped with two grey salute-ready arms hidden in his broad white and rimmed shoulders. An anti-gravity stasis beam could be emitted from his chest. For communication, he had various beeps and other sounds, a derivative from Star Wars' R2-D2. GO-4 units also can deliver coffee to superiors (although that is not shown in the film).

GO-4 serves aboard the Axiom as Captain B. McCrea's first mate and helped AUTO in his attempt to carry out Directive A-113. At one point, he tried to get rid of the plant on an escape pod and activating it to self distructive mode, but WALL-E and EVE saved the plant. The next point, he tried to take away the plant from EVE's grasp when she tried to give it to the Captain.

The robot even gave out an electronic hiss to intimidate the pair.

GO-4 then threw the plant in the trash as a feeble attempt to follow Directive A-113. The Gopher-bot then confronts the Captain and traps EVE as AUTO tasers WALL-E heavily for resisting on giving up the plant.

During the fight with AUTO and the Captain, he was accidentally destroyed and was kicked and sent flying through a window and crashed down near one of the swimming pools in the Lido Deck.

GO-4 used his personal elevator system to move fast around the Axiom. The entrances/exits of the elevator were usually at Steward Kiosks, the places where SECUR-T (Stewards) would be waiting inactive until they were needed. The elevator also granted GO-4 access to the captain's quarter.

GO-4 appears briefly in the short movie BURN-E as a minor character. GO-4 also appears in the video game, but he does not get destroyed. 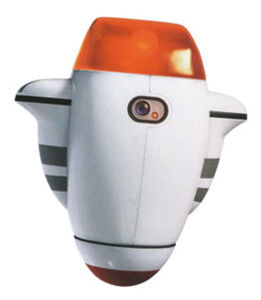 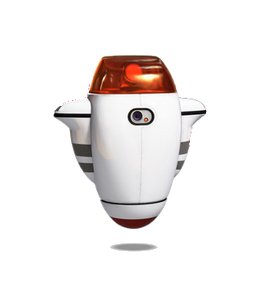