Can turn any living being into a monster
Mutation breath

GOLB is the overarching antagonist of the 2010-2018 Cartoon Network TV series Adventure Time, serving as one of the final antagonists of season 10 along with Uncle Gumbald. He is the embodiment of chaos as he is capable of corrupting and fusing creatures into fearsome monsters or erasing people from existence altogether.

GOLB first appears near the end of "Puhoy" where old Finn bounces off his tongue when Finn goes back home to his reality from the Pillow World after the dimension gets destroyed.

He then makes an appearance in "You Forgot Your Floaties" while Betty is viewing Magic Man's mind and memories. It is revealed in the episode that GOLB attacked Mars some time ago and killed Magic Man's wife, Margles. In Magic Man's memory, it shows himself and his brothers, Grob Gob Glob Grod talking about GOLB returning so Magic Man builds a security system in the form of Margles to protect themselves. He later changes his mind claiming that GOLB is not coming back.

In "Whispers", The Lich refers to himself as "the last scholar of GOLB", hinting that he is possibly a follower of GOLB.

Near the end of the episode "Temple of Mars", Betty talks to Magic Man (now known as King Man) about her plan to save Simon and get Margles back from GOLB.

In the four-part finale "Come Along With Me", GOLB was summoned by King Man, Betty, and Maja to Ooo. After he comes to Ooo, Ice King realizes in his past memory, which states that GOLB is the embodiment of "every chaos where he lurks". He began corrupting Gumbald's soldiers and turning them into a monster. The monster battles with the Candy Kingdom and Gumbald's army. When the fight continues, Ice King distracts Betty's meditation and GOLB swallows them. Finn also follows them, and he loses his robotic arm when GOLB closes his jaw. His monster also mutates a Gumball Guardian and some Banana Guards into another monster that spits out monster birds.

GOLB begins to digest them, by reverting them back to their past selves (except Finn), Simon and Betty reunited once again, as they embrace each other as space they are trapped in begins to shrink. With the bulk of Candy Kingdom army defeated, the monster Gumball Guardian and revived mutated Gumbaldian army begin to wreak havoc on the rest of Ooo. Jake, transforming into his blue form, tries to stop them, but the treehouse is destroyed with BMO inside. Jake is devastated after seeing the wreckage but is comforted by BMO, who has suffered damages to his face screen. BMO begins singing "Time Adventure", which prevents GOLB's mutated monsters from touching them. Eventually, realizing that GOLB's essence is vulnerable to music, Finn and Jake's friends and allies join in on the singing. Jake is able to amplify the sound of their voices, which allows Finn and Simon to escape from inside GOLB, but Betty decides to stay instead to make a wish. She wishes for Simon to be protected, which causes her to become one with GOLB. The battle ends with a victory and GOLB/Betty leaves the Land of Ooo through a portal.

It is completely unknown what happened with GOLB afterwards or specifically where he went via the portal, though it is safe to assume that Betty sacrificed herself to drag GOLB into another dimension where he would never escape nor cause harm to anyone again. This is possibly backed up with an statement of the show's creators, which states that Betty has total control of GOLB's mind after she fused with him. That said, as he is immortal, GOLB is likely still around in another dimension thousands of years by the time Shermy and Beth find Finn's sword. 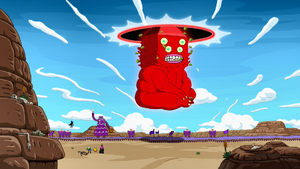 GOLB coming to Land of Ooo. 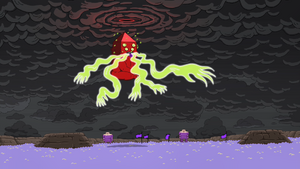 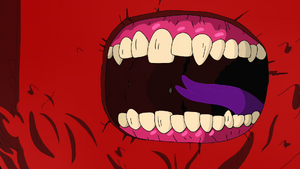 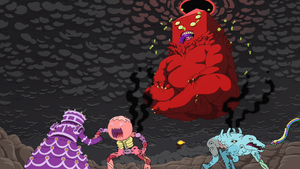 GOLB and his monsters battling with Cake. 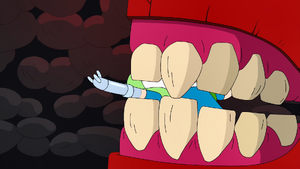 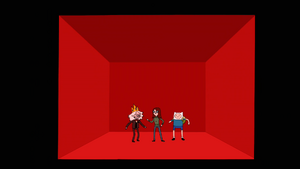 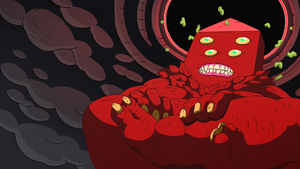 GOLB about to be defeated. 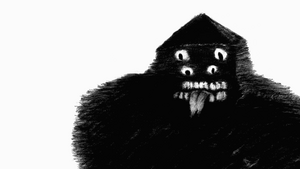 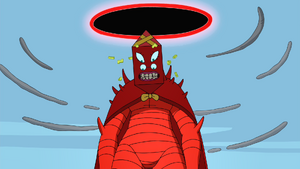