Villains Wiki
Register
Don't have an account?
Sign In
Advertisement
in: Mature, Contradictory, Date A Live Villains,
and 10 more

Gabriel is also known as Gibriel or Jibriel) is one of the four archangels that God sent by his divine message several prophets, including Muhammad. Chapter 96 of the Quran, Sura Al-Alaq, is believed by Muslims to be the first surah revealed by Gabriel to Muhammad. He is an angel who typically serves as a messenger sent from God to certain people.

Gabriel in Date A Live

Gabriel is the angel of Miku Izayoi takes form of an organ that can be used to hypnotize people, which she controlled the Yamai Sisters, Yoshino, and the audience. It has been implied that she can not usually hypnotize Spirits as when she tried to hypnotize Shido and failed she thought that he could be a spirit like her. She managed to control the Spirits Shido had already sealed without any difficulties, Miku can also fight using her voice as shown when she attacked Shido with a sonic wave, she used her powers to create a shield to protect Shido from Tohka.

Gabriel in the Abrahamic religions, an angel who serves as a messenger of God. First appears a mention in the Book of Daniel in the Hebrew Bible. In some traditions it is considered one of the archangels, others as an angel of death.Based on two passages from the Gospel according to Luke, many Christians and Muslims Gabriel would have announced the birth of John the Baptist and Jesus. Islam, moreover, believes that Gabriel would have been the means by which God chose to reveal the Qur'an to Muhammad, and that through him would have sent a message to the prophets revealing their obligations.

It is known as the chief of the four favored angels and the spirit of truth, and in certain beliefs would be a personification of the Spirit Santo. Gabriel is also mentioned in Bahá'í Faith, specifically in Bahá'u'lláh's mystical work, seven Valleys. He is mentioned several times in the Bible; announced that he was the prophet Daniel the succession of world powers as well as the coming of the prophet Messie said: "Gabriel appeared from God and spoke to me, within seventy week, the Holy of Holies will appear." 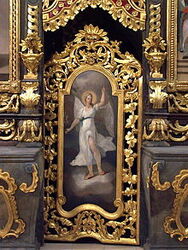 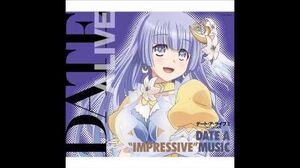