Gabriel Shear (among many)

Terrorist
Head of the Black Cell

Safeguard the safety of the United States by any means necessary, even if it means his death.

Coerce Stanley Jobson to write a computer worm to steal a quantum of money.
Fake his death in order to escape the conflict and resume his terrorist acts (all succeeded).

Gabriel Shear is the main antagonist of the 2001 film Swordfish.

He was portrayed by John Travolta, who also portrays Vic Deakins in Broken Arrow, Castor Troy in Face/Off, Howard Saint in The Punisher, Billy Nolan in Carrie, Vincent Vega in Pulp Fiction, Terl in Battlefield Earth, Emil Kovač in Killing Season and Ryder in The Taking of Pelham 1 2 3.

Gabriel is a wealthy terrorist, mob boss and hacker. In Texas, Gabriel shows his girlfriend Ginger for her golfing skills & recruits Stanley for his hacking skills. Gabriel's men assassinated Tovalds an European hacker who fails for Gabriel. Gabriel calls Stanley for an important mission. In L.A Gabriel tells Stanley to hack to U.S government & money for his own life. In Gabriel's TVR Tuscan Gabriel tells about Stanley's mission but interrupted by hitmen in SUVs but Gabriel fires a FN minigun at the SUVs & goes for Stanley's hacking assignment. At Gabriel's house he offers Stanley $10 million to write a worm that steals money from a secret government slush fund to the order of $9.5 billion. Gabriel reveals to Stanley that he works for an organization called the Black Cell that was started by Edgar Hoover in the 1950s, which is responsible for retaliatory attacks against terrorists who have attacked Americans. It is currently headed by Senator Reisman Sam Shepard, who discovers that the FBI has caught onto Gabriel and attempts to pull the plug. After Gabriel refuses to terminate his plans, Reisman attempts to have Gabriel killed, which fails. Gabriel tracks the Senator down while he is fly fishing in Oregon and kills him.

Gabriel proceeds with his plan and raids the local branch of the WORLDBANC. He takes hostages, puts explosives on them and deploys Stanley's worm. After stealing the $9.5 billion he boards the hostages and his crew on a bus out of the bank. Gabriel demands a plane at the local airport (a hostage negotiation cliché) but it was a diversion. An aircrane swoops down, lifts the bus and releases it on the rooftop of a skyscraper. From the rooftop, Gabriel seemingly departs with his team in a helicopter, which Stanley shoots down with a propelled grenade. At the morgue, Stanley and Agent Roberts learn that the body recovered from the helicopter is that of a former Mossad agent named Gabriel Shear, revealing that the "true" Gabriel Shear is still alive.

The end of the film shows Ginger and Gabriel in Monte Carlo transferring the $9.5 billion into other accounts. The final scene shows a yacht being destroyed while Ginger and Gabriel look on in a smaller boat while a news anchor voice narrates that a suspected terrorist died on that yacht, the third such successful counter-terrorism operation in as many weeks. 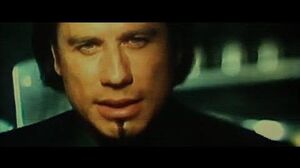 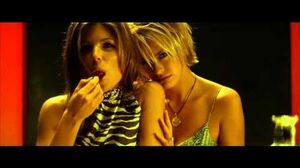 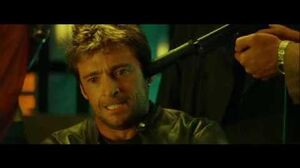 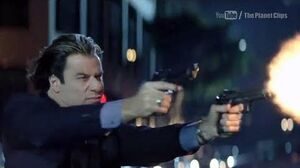 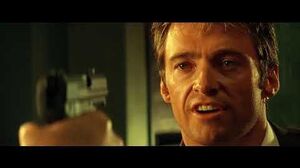 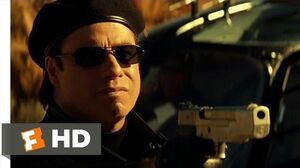 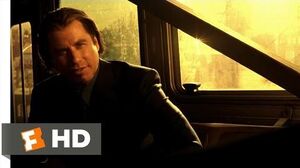 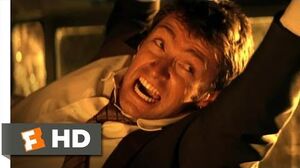