The Original Chump
That Old Chestnut

Assist Metatron on leading the angels (formerly; failed).
Find a way to redeem himself (succeeded).

Gadreel is a villain appearing in the the TV series Supernatural and the secondary antagonist in the ninth season of the show.

Gadreel first arrives, posing as an angel named Ezekiel who was a friend of Castiel. He offers to help Sam Winchester, who was left seriously damaged by the Trials to close the Gates of Hell. Sam's brother Dean Winchester reluctantly agrees after checking with Castiel to see if Ezekiel is a good angel or not.

After his attempts to heal Sam fail due to the amount of damage that Sam has sustained, he offers Dean a chance to heal Sam by possessing him and laying dormant. Reluctant, but seeing no other option, Dean agrees. Gadreel visits Sam in his mind and, pretending to be Dean, tricks Sam into giving his consent. Gadreel stays in Sam for several episodes, occasionally manifesting to talk to Dean and help if he needs it.

Sometime later, Gadreel informs Dean that Sam is almost fully healed. After a argument with Dean, Metatron confronts him and reveals his true identity as Gadreel. In the distant past, Gadreel was the protector of the Garden of Eden, but failed his duty by allowing Lucifer into the Garden; for this, God imprisoned Gadreel in Heaven.

Metatron offers Gadreel a chance to reform by joining him and becoming a hero; Gadreel agrees and joins Metatron. Metatron, however, tasks Gadreel to prove he is loyal enough; as part of the task, Gadreel murders Kevin Tran, a Prophet of the Lord, and leaves the Men of Letters Bunker with the angel and demon tablets.

As a show of good will, Metatron tasks him Gadreel with tracking down and killing Thaddeus, another angel who was his former guard in Heaven and who tortured him. Returning to Metatron, Gadreel is given his next assignment to kill another angel. He is originally reluctant but goes along, until he finds the angel he's supposed to kill is his former friend Abner. It turns out Abner has taken the body of an abusive husband and father that adopted his family and life as his own, making everyone happier, seeing it as his second chance. Talking to Gadreel, Abner convinces him to go after what he wants and let nothing stop him, regardless of the price, unaware of Gadreel's motives; Gadreel murders him.

Not long after, Gadreel is confronted by Dean; though he defeats Dean, he is overpowered by Castiel. Taking him to Crowley, they try torturing Gadreel to make contact with Sam so Sam can take back his consent and throw Gadreel out. However, this fails (although they do learn Gadreel's true identity), so Dean is forced to trust Crowley to possess Sam so he can reach him. Crowley succeeds, but is confronted by Gadreel; somewhat out-of-character, the demon fights, but is quickly overpowered by the angel. However, Sam beats Gadreel back, as Gadreel warns him that his leaving might kill him. Sam soon overpowers Gadreel, he revokes his consent and expels Gadreel out of his body. Gadreel then travels to his former vessel, who once again gives him his consent and Gadreel possesses him again.

Later, Metatron sent Gadreel on a mission to recruit angels to their cause by using a spell. He ordered Gadreel to kill the angels who refused but let one angel live to tell Castiel what happened. He was captured by the Winchesters after he stopped by a hunters store to get ingredients for a spell (and even killed the owner afterwards). While being tortured, Gadreel taunted the Winchesters, reminding them of their weaknesses, provoking Dean, who was influenced by the Mark of Cain, to extremely torture and almost kill him. However, Metatron had captured Castiel and told Sam to trade Gadreel for Castiel, threatening to kill Castiel if he refused. During the trade, the Winchesters tried to trap Metatron with holy fire. Metatron, fully powered with the angel tablet, easily escaped by blowing out the fire and released Gadreel and handed Castiel over. After discovering that he felt insecure and misunderstood and was trying to redeem his name and reputation, Castiel later met with Gadreel and encouraged him to reconsider and change loyalties. Unfortunately, they were attacked by Metatron's men during the meeting. Metatron later had some of the angels Gadreel recruited, including the reaper Tessa, to act as double agents and luanch suicide bombing attacks on Metatron and his followers, claiming that they did it for Castiel. Tessa however was stopped by Dean. The bombings however caused Castiel's followers to abandon Castiel and side with Metatron. Gadreel became disgusted with Metatron's actions and defected to Castiel and the Winchesters. Pretending to forgive him, Dean attacked and tried to kill Gadreel with the first blade, wounding him and causing Sam and Castiel to restrain him and lock him up. Dean however escaped after by summoning Crowley and asking for his help. Gadreel then helped Castiel and Sam stop Metatron and even suggested that Dean would be useful in killing him after discovering that he had the Mark of Cain. While Sam and Dean were tracking down Metatron, Gadreel and Castiel infiltrated Heaven in order to find and destroy the angel tablet but ended up being captured. While Castiel was trying to reason with the angels, Gadreel, still hoping that his name and reputation will be restored, sacrificed himself for Castiel (using the suicide bombing spell that Metatron's double agents used), allowing him to finally stop Metatron. 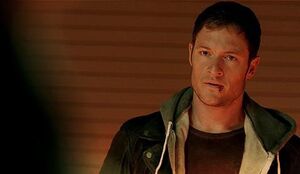 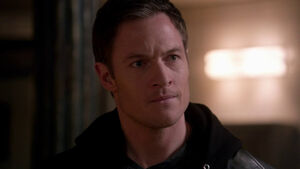 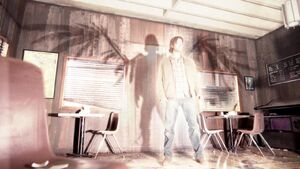 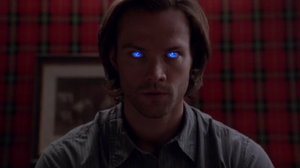 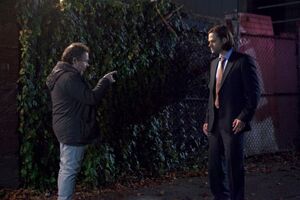 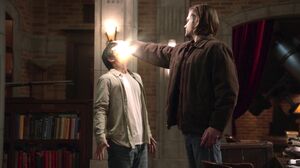 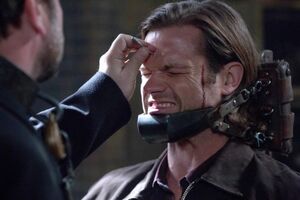 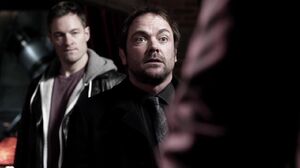 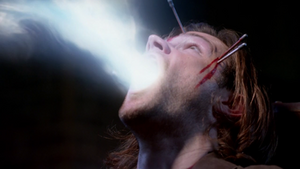 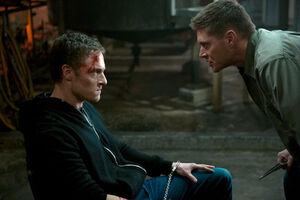 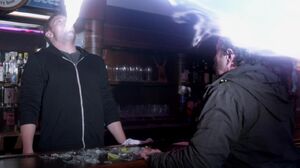 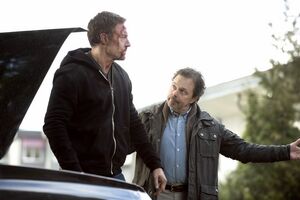 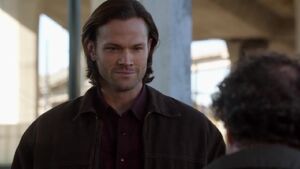 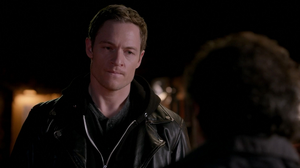