Member of the Arianrhod Fleet

Spending time with McGillis and his sister.

Get revenge on McGillis.
Reform Gjallarhorn.

Gaelio Bauduin is a Gjallarhorn Inspector and the secondary antagonist of Mobile Suit Gundam IRON-BLOODED ORPHANS. He is a member of the Bauduin Family, one of the Seven Stars of Gjallarhorn, and the partner of McGillis Fareed in Season 1.

In Season 2, after seemingly being killed by McGillis at the end of Season 1, Gaelio resurfaces as a member of the Arianrhod Fleet of Gjallarhorn and a subordinate of Rustal Elion under the alias Vidar, wearing a mask to conceal his identity.

He is voiced by Matsukaze Masaya in the original Japanese version, who also voiced Endolf, and by Robbie Daymond in the English dub.

As a child, Gaelio grew up alongside Carta Issue of the Issue Family and McGillis Fareed of the McGillis Family and the three frequently played together.

Gaelio Bauduin and McGillis Fareed were sent to perform an inspection of the Gjallarhorn Mars Branch, headed by Major Coral Conrad. After the two discovered that a company had been sent out but had not returned, the two questioned Coral about it. Coral came up with an excuse and tried to bribe the Inspectors, but McGillis rebuked his bribe.

Later, as Gaelio and McGillis were driving along a cornfield, the two nearly run over the twins Cookie and Cracker and stop their car. Mikazuki misunderstands the situation and grabs Gaelio by the throat, but the misunderstanding is cleared up and Mikazuki apologizes to Gaelio while McGillis gives the twins chocolate.

When Coral led an attack to intercept Tekkadan as they were transporting Kudelia Aina Bernstein, Gaelio and McGillis took part in the battle. After Coral was slain, Gaelio in his Schwalbe Graze attempted to engage Mikazuki, but Mikazuki fights him off and manages to escape.

As Gaelio and McGillis head to Earth to continue their pursuit of Tekkadan, Gaelio appoints Ein Dalton as his subordinate after hearing his desire to avenge his superior, Crank Zent, who was killed by Mikazuki Augus. Along the way, Gaelio and McGillis take a break to meet McGillis' father, Iznario Fareed, and to attend a ball with Gaelio's sister Almiria, whom McGillis was engaged to.

After Tekkadan arrives on Earth and engages the Outer Earth Regulatory Joint Fleet, commanded by Carta Issue, Gaelio took his new ASW-G-66 Gundam Kimaris Trooper out into action to save Carta Issue after she suffering critical injuries when her Graze Rifter was damaged by Mikazuki in Gundam Barbatos. While Gaelio is able to grab Carta in her damaged Graze Rifter and escape, he is too late and Carta dies on their way home.

Later, at the outskirts of Edmonton as the Tekkadan was trying to pierce Gjallarhorn's defenses to get into the city, Gaelio would fight Mikazuki in Gundam Barbatos again. However, Mikazuki ends up leaving the battle to stop the Graze Ein after it enters the city to stop Tekkadan and to protect Kudelia, Atra, Orga, and Makanai. Before Gaelio can pursue, a new Mobile Suit called the Grimgerde enters the battlefield and engages Gaelio. Gaelio soon finds out that the Grimgerde is piloted by none other than McGillis, who reveals that he has sided with Tekkadan and has manipulated him, Ein and Carta to further his goals of reforming Gjallarhorn. McGillis in the Grimgerde handily defeats Gaelio's Kimaris Trooper by piercing its chest and seemingly killing Gaelio.

According to official records, Gaelio's body was retrieved by Gjallarhorn's ground forces, cremated, and buried in the Seven Stars' cemetery. However, in actuality, Gaelio survived and, donning a mask to hide the scars he suffered from the battle, assumed a new identity as Vidar and joined Rustal Elion's Arianrhod Fleet.

When McGillis staged his coup against Gjallarhorn and the Arianrhod Fleet, Gaelio would meet McGillis in open battle in his new Gundam Vidar as McGillis flew out in the Gundam Bael to slay Rustal Elion. Despite crippling the Bael, McGillis managed to destroy both machines by flying them into Rustal's flagship. Surviving, McGillis went to continue his mission on foot, only to find himself faced by Vidar. McGillis shot Vidar, but his bullet was blocked by Vidar's mask, and Gaelio in turn shot and fatally wounded McGillis. Gaelio then takes the time to exchange some final words with McGillis. McGillis admits that his feelings of friendship towards Gaelio were genuine, but that he pushed him away because they were dampening his hatred towards Gjallarhorn and his resolve towards one day reforming the organization. McGillis laments that he won't be able to make Almiria happy anymore once he's dead and goes on to call Gaelio a true friend to him before a crying Gaelio cuts him off and tells him not to, stating that if McGillis calls him a friend then he won't be able to hate him anymore. Nevertheless, McGillis passed on knowing that Gaelio knew what he meant.

Years after McGillis and Tekkadan's uprising, Gaelio became bound to a wheelchair due to his injuries and was visited in a hospital by Julieta Juris. The two discuss the rumors that Julieta is the future ruler of Gjallarhorn and how Julieta came to realize that the Tekkadan aren't devils, just humans. Gaelio then asked Julieta if she wanted to go out to eat. Julieta replied that she could go for some meat and raced off with him. 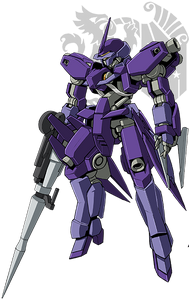 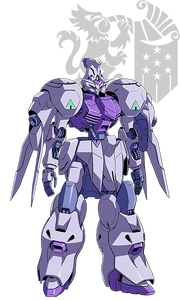 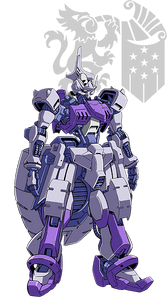 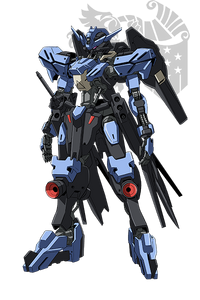 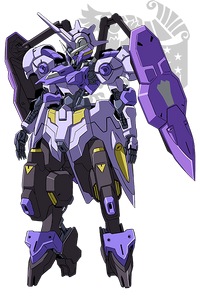 Retrieved from "https://villains.fandom.com/wiki/Gaelio_Bauduin?oldid=3984787"
Community content is available under CC-BY-SA unless otherwise noted.