Moving the pieces on his chessboard.

Drive down the stocks of Hiden by framing HumaGears (formerly).
Acquire Hiden Intelligence.
Boost the sales of the ZAIASpec by beating Hiden in the Workplace Competition (both succeeded).
Obtain access to Satellite Zea.
Use the Ark to take over the world (both formerly).
Kill Aruto Hiden and destroy everything he loves (all failed after Ark-Zero's rampage).

Gai Amatsu is the CEO of ZAIA Enterprise Japan and the overarching antagonist of the first Reiwa era installment in the long-running Kamen Rider franchise, Kamen Rider Zero-One, serving as a background antagonist in the "MetsubouJinrai.net" arc, the main antagonist in both "Hiden vs. ZAIA" arc and "Hiden Manufacturing" arc, and as an anti-hero in the "Ark-Zero" arc. He is also Aruto's arch-rival.

He also appears as the main protagonist of the two-part Blu-Ray miniseries Project Thouser, and one of the two main characters of the web special Kamen Rider Genms -The Presidents alongside Kuroto Dan.

He is Yua Yaiba's superior, the creator of Satellite Ark and the benefactor of A.I.M.S. Secretly, he is the one who instigated the Daybreak Town Incident, by making the Ark satellite deem humanity as a threat to the world by feeding it knowledge about humanity's atrocities as a plot to destroy HumaGears and sabotage Daybreak Town, leading to the creation of MetsubouJinrai.NET. His goal is to acquire Hiden Intelligence by inciting panic over HumaGears to lower Hiden's stock. He is also the one who implanted false memories to Isamu Fuwa, via the A.I. clip in his brain, and treats him as a "stray dog".

After ZAIA Enterprise Japan went defunct, Gai founded his own company in Thouser-Intellion, which he envisioned as a modern intelligence provider. He also gained his own Humagear secretary in Rin.

He is portrayed by Nachi Sakuragi.

From a young age, Gai was inspired to pursue a career in technology by Hiden Intelligence. As an adult, he joined ZAIA Enterprise and eventually rose to become CEO of their Japanese branch. During this time, Gai finally got the chance to work with his idol Korenosuke Hiden, founder of Hiden Intelligence, when ZAIA and a multitude of other companies collaborated with Hiden to create Daybreak Town, a town autonomously run entirely by HumaGears. Gai worked with Korenosuke to design an AI satellite known as the Ark for the purpose of overseeing communications within the town, but during their time together Gai had a falling out with Korenosuke over the idea of HumaGears, believing that it would be better to enable humanity to evolve by themselves than to replace them with HumaGears. Without the knowledge of anyone else working on the project, Gai fed the Ark satellite information on humanity's endless propensity for war and violence, leading it to deem humans a threat to the planet. This would lead to the Ark hacking all the HumaGears in Daybreak Town to go on a rampage against humanity, resulting in the destruction of the town and the formation of MetsubouJinrai.NET by the Ark.

Though the incident was a disaster, it was not enough to fully get rid of HumaGears. In the seven years following the incident, Gai would covertly funnel aid to MetsubouJinrai.NET through his HumaGear employee Naki in order to use the terrorist attacks they perpetrated to further demonize HumaGears and expel them from society. He also using his leverage as the weapons supplier for A.I.M.S., a government agency established to regulate the use of HumaGears, to gradually take control of the company and turn it into his own private military force. He implanted AI chips in the minds of all the A.I.M.S. agents which removed their free will and enabled him to command them as he pleased. He also wiped the memories of A.I.M.S. Squad Captain Isamu Fuwa and inserted fake ones of him being attacked by HumaGears to make him prejudiced against them. As a failsafe, Gai implanted Naki's AI into Fuwa's chip so he could at any point neutralize him through torture.

Eventually, following the death of Korenosuke Hiden, MetsubouJinrai.NET emerged to begin causing havoc by hacking HumaGears to become Magia, beginning the public's distrust of HumaGears. To further stoke the fear of HumaGears, Gai had his right-hand woman, A.I.M.S. Technical Advisor Yua Yaiba, hack a HumaGear used by MetsubouJinrai.NET and remove all signs of corruption, making it appear as though it had decided to attack humans on its own. Gai's efforts would eventually lead to Hiden Intelligence's stocks being sunk, enabling ZAIA to perform a hostile takeover by buying all of their stock.

The downfall of MetsubouJinrai.NET did little to rehabilitate the image of HumaGears, as the public still feared them. Reaping the rewards of the cyber-terrorist group's destruction, Gai was able to finish work on the ThousanDriver, which enabled him to transform into Kamen Rider Thouser by inserting both a Progrise and Zetsumerise Key. At the same time, ZAIA came out with a new product, the ZAIASpec, which it boasted would grant its wearers powers on par with an AI. To boost the ZAIASpec's sales, Gai challenged Hiden Intelligence to a "Workplace Competition" where their HumaGears would face off against ZAIASpec wearers put forth by Gai to see which was superior, with Gai promising to stop ZAIA's buyout if Hiden was able to beat them. However, after winning three out of five rounds, ZAIA claimed victory in the contest and finished its buyout of Hiden. With the full assets of Hiden under his command, Gai shut down all HumaGears and had A.I.M.S. collect their deactivated bodies.

At first glance, Gai appears to be an affable and honest businessmen fully committed to helping humanity evolve. He is a very charismatic speaker skilled at spinning public opinion in favor of himself. He is a master at manipulating the media and seizes upon every opportunity he can to give a good image to ZAIA while sinking the perception of his rivals, namely Hiden Intelligence. Beneath his affable front however, Gai is a very arrogant and cold individual committed only to the expansion of his own capital. He sees HumaGears as a threat to humanity and is willing to take whatever underhanded means he can to stop their insertion into society. At the same time, Gai shows little care for the lives of other humans, and is perfectly willing to sacrifice people's lives in order to achieve his vision of human evolution ushered in by ZAIA. He has no remorse for how his actions led to the Daybreak Town disaster, the destruction of the town having gone exactly as he planned, and even boasts to his assistant Yua that it was he who caused the Ark to run rampant and ultimately destroy the town.

In contrast to his demeanor in public, in private Gai acts very haughty and egotistical. He seems to enjoy flaunting his authority over those who are in no position to resist, torturing Fuwa with the AI chip he implanted in his mind as a way of showing off his hold on him. He treats his assistant Yua little better, and frequently abuses her as well should she do anything to displease him. While he normally stays on the sidelines, Gai is perfectly capable of taking to the battlefield as Kamen Rider Thouser if necessary, and indeed he seems to enjoy the thrill of fighting. He revels in the chance to show off his power as Thouser and, in spite of differing visions, appears to see Aruto as a worthy rival. At the same time, Gai is not above using dirty tactics in combat, jamming Aruto's Driver with the Metalcluster Hopper key to make it so Aruto couldn't transform without being possessed by the Ark.

Despite his cruel demeanor for most of the series, a softer side to Gai is eventually revealed when he reunites with beloved robot dog Thouser. From there, Gai would come to see the error of his ways and side with Aruto as a way of atoning for his past wrongs, giving Hiden Intelligence back to him and cutting ZAIA's influence over AIMS in the process. Despite losing his position as CEO for his mismanagement of the "Ark" crisis, Gai would be content to serve in ZAIA's Thouser Department alongside his dozens of Thouser dogs. 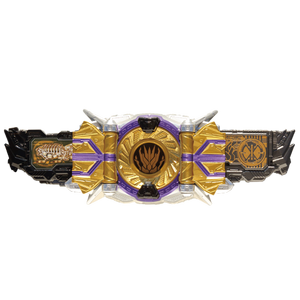 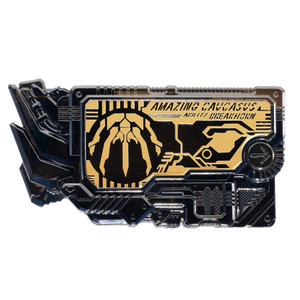 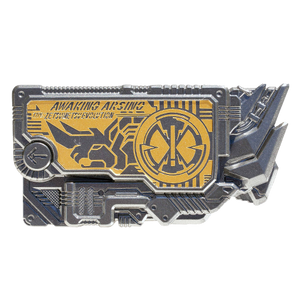 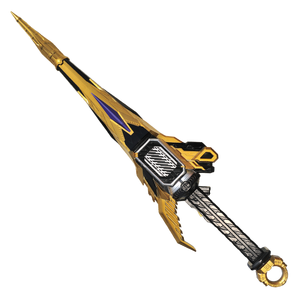