To be the most dominant female wrestler in the world

Villainess, Femme Fatale, Power Hungry Villain
Gail Kim is a Canadian professional wrestler who has competed for WWE on two occasions and is currently in her second stint in TNA. She has worked as both a face and a heel, but she is more commonly known for her villainous roles.

Gail debuted in WWE on June 30, 2003 and won the prestigious WWE Women's Championship in her first match. She lost the title to Molly Holly four weeks later, and a week after the loss, Gail shockingly transformed herself into a villainess by attacking Trish Stratus. Gail would spend several months aligned with Molly Holly against Trish and Lita. After Trish became a villainess at WrestleMania XX, Gail was reduced to being a minor heel Diva. In her role, Gail feuded with Divas such as Lita, Victoria, and Stacy Keibler.

Gail left WWE in 2004 and resurfaced in TNA a year later, where she served as the heel valet to a tag team known as America's Most Wanted as well as being aligned with Jeff Jarrett. She would torment Jackie Gayda and feud with Traci Brooks in her villainous role, which came to an end by 2007.

Gail spent the rest of her first stint in TNA and her entire second stint in WWE as a babyface, but on October 20, 2011, Gail's sinister side returned when she resurfaced in TNA and attacked then-Knockouts Champion Velvet Sky and later became Knockouts VP Karen Jarrett's hand-picked championship contender. Gail would defeat Velvet to win her second Knockouts Championship (her first was in 2007) weeks later, and she also reigned as Knockouts Tag Team Champion with Madison Rayne. Gail would feud with Mickie James and Tara during her reign, and even antagonized her own partner.

In 2013, the evil Gail even resorted to bullying Knockouts referee Taryn Terrell, to the point where Taryn attacked her on numerous occasions. After her feud with Taryn ended, Gail aligned with Lei'D Tapa after she won her third Knockouts Championship. She then stated that since she's beaten everyone in the Knockouts Division, she would challenge women outside of TNA, who she defeated with Tapa's help. Gail lost the Knockouts Championship to former ally Madison Rayne, who she would feud with for months in the early part of 2014. Gail's second run as a villainess ended on April 24, 2014.

As a villainess, Gail Kim is self-serving, arrogant, and (at times) vindictive. She has also unleashed an immense amount of vicious to her rivals; most notably putting them in a Figure Four leg-lock on the ring post. 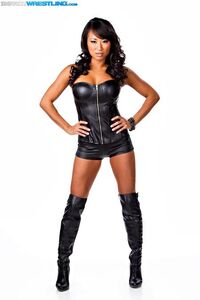 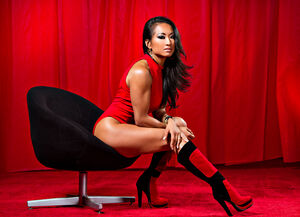 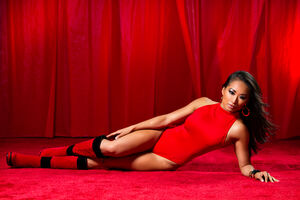 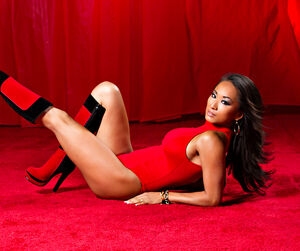 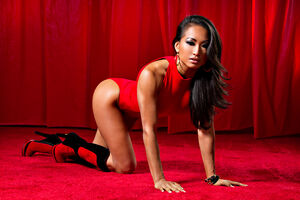 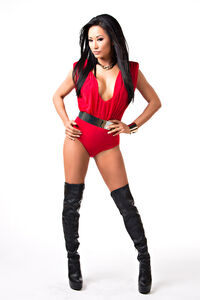 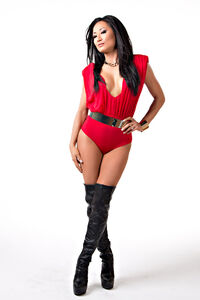