Women Who Work for FOX News

Dissolve the Dicks of Every Man in America

Misandric Terrorists
Gal-Qaeda is a one-time villainous organization from the Netflix original series, Paradise P.D., only appearing in the episode "Tucker Carlson is a Huge Dick". They are a feminist terrorist organization, bent on the worldwide destruction of every man's penis.

In "Tucker Carlson is a Huge Dick", Randall watched FOX News, where Tucker Carlson spread the news about a feminist terrorist organization called "Gal-Qaeda" was wreaking havoc on America. Randall believed in this but everyone else thought it was a complete lie.

Fitz and Thester got their truck of acidic chemicals hijacked by Gal-Qaeda, which came as a surprise to Fitz, as it turned out that Tucker Carlson was actually telling the truth for once.

Gal-Qaeda kidnapped Fitz and Thester and locked them in a warehouse, where they told them their evil plan. Their plan was to use the acidic chemicals they stole to put into some chicken. The chemicals were acidic enough to dissolve human flesh and the BBQ sauce from the chicken sticks to people's hands for up to three days. If men ate the chicken, they would inevitably jerk off in those three days, leading to the chemical destruction of their penises. Gal-Qaeda planned on having every man in the world suffer this fate.

It was soon revealed that Tucker Carlson was the leader of Gal-Qaeda, which confused Fitz and Thester. Gal-Qaeda explained that they weren't feminists, they were actually the complete opposite. Women who worked for FOX news in disguise as feminists and the reason they were dissolving every man's dick was so that their leader would no longer feel ashamed of having a tiny penis.

Tucker Carlson would soon figure out that he, himself, was actually a giant anthropomorphic penis. Fitz and Thester fought with Tucker Carlson and threw him into a vat of the BBQ sauce, which lead to him getting dissolved to death. Naturally, this meant the end of Gal-Qaeda as they had no leader anymore. 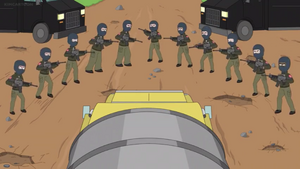 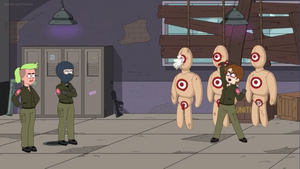 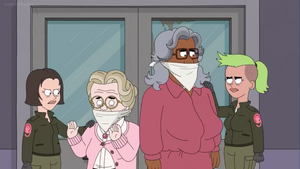 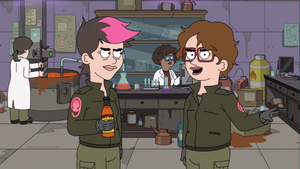 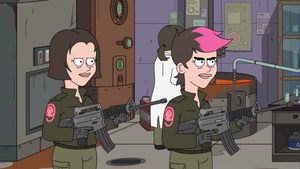 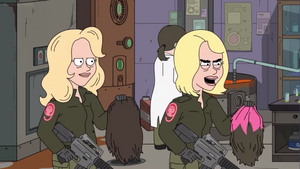