Take over suitable planets and sell them to the highest bidder.

Gather the Dragon Balls so Frieza can wish for immortality.
Eliminate the Saiyans (mostly succeeded).
Conquer the universe (succeeded).

They are a trade organization run by the intergalactic tyrant Frieza along with his father King Cold and brother Cooler. The Planet Trade Organization employs and enslaves powerful races (such as the Saiyans) to take over suitable planets so that they can be sold to the highest bidders. While King Cold is the owner of the organization, Frieza takes a direct managerial role and is known as the organization's official leader, while Cold's leadership is apparently secret.

Soldiers of Frieza's army combatted Bardock's assault during the genocide of the Saiyans.

It is never stated when this organization began or any detail of its origins. All that is known is that it is apparently led by King Cold and his sons. Many formidable races are forced into the organization with the threat of their own planets' destruction if they do not comply. With their great power, King Cold and his sons apparently held a giant iron fist over the galaxy, controlling almost all planets under one giant dictatorship, and use fear and power to get races to comply. Frieza alone is shown to be in control of at least 79 planets, and Cooler in control of at least 256 planets with no mention of how many King Cold owns. They are also shown destroying planets that they believe are not suitable for sale (Cooler states in his debut that he has several planets to destroy by the end of the day, and Vegeta and Nappa's reason for destroying Arlia is because it was unsuitable for sales). No other leaders of this organization are ever shown, if any for that matter. The organization seemed to have officially ended with the deaths of King Cold and Frieza by Future Trunks in Age 764, and Cooler's death by the hands of Goku and Vegeta a short time later, thus bringing peace to the galaxy.

When Raditz came to Earth to get Goku, he trigger everything and thus the beginning of the Z Fighters vs. the Planet Trade Organization.

Frieza had brought his forces to Namek in December of Age 762 in order to use the Dragon Balls to wish for immortality. However, the Z Fighters coincidentally came to Namek at the same time in order to wish their fallen comrades back to life after they were killed in the battle against the Saiyans on Earth. Vegeta also travels to Namek to use the Dragon Balls with the same intention as Frieza, immortality. In the ensuing battle, all of Frieza's forces are killed, and is left alone to battle against Goku, who had become a Super Saiyan after Frieza had murdered Krillin. In a last ditch effort, Frieza tries to blow Namek up by destroying the core, and after a continuing fight, Frieza is cut in two by his own attack, and later blasted by Goku. He seemingly perishes in the explosion of Namek explodes minutes later, but Frieza survives.

End of the organization

After Porunga tells everyone that Goku is still alive and will return to the earth by his own means, Vegeta uses a spaceship constructed by Bulma's father and leaves for outer space in search of Goku, finding and wiping out the several of Frieza's remaining soldiers.

Frieza was found near dead in space by his father, floating among the debris of the fallen Planet Namek. He is taken on board the ship and King Cold's scientists successfully repair Frieza by adding cybernetic attachment to the slain tyrant. Upon awakening, Frieza orders a course for Earth to receive vengeance on Goku, but continues to be haunted by the stern eyes of the Super Saiyan, fueling his rage. Roughly a year following his defeat, Frieza and his father arrive on Earth with an army of Elites. They are greeted by a time traveling Future Trunks who, much to the enjoyment of Frieza, states that he will kill them. Trunks proceeds to transform into a Super Saiyan, slices Frieza into bits with his sword, blasts King Cold through the chest, and blows up Frieza's ship with relative ease. It is unknown what happens to the thousands if not millions of races enslaved or involved after the deaths of the organization's leaders.

Remnants of the PTO

Some time later, Cooler, who apparently had just heard about his brother's death (he apparently had no knowledge of his father's death as well), came to earth looking for revenge. However, he proved to be no match for Goku's Super Saiyan power, and just like his father and brother, was defeated. He managed to survive and he too was saved by the use of mechanical parts, only he was saved by the Big Gete Star, which turned him completely metallic. After attempting to destroy New Namek and use it for fuel, Goku and the Z Fighters arrived to stop the threat. Once again it was Goku and Vegeta who defeated and this time finally killed Cooler.

Years later during the special, Dragon Ball: Yo! Son Goku and His Friends Return!!], the twin brother duo of Abo and Kado, old henchmen of Frieza, arrived on Earth and fought Trunks and Goten. After fusing into Aka, Goku eventually stepped in and defeated the duo. After their defeat the two reformed and joined the good guys at Mr. Satan's hotel banquet before leaving earth to earn a fresh start.

In the absence of Frieza and his family, the Third Stellar Region Army seized control of the organization. However, without Frieza to instill fear in the organization's members, many planets began to rebel. Thus, the current leader of the organization, Sorbet, traveled to Earth and gathered the Dragon Balls to revive Frieza.

Upon his revival, Frieza vowed to get revenge on Goku and the Saiyans. After training for four months, Frieza gathered an army of over 1,000 soldiers and led an invasion of Earth. However, the army was defeated by the Z Fighters, with the survivors being blown up by Frieza as punishment for their failure. Frieza and Sorbet were later killed by Goku and Vegeta, bringing an end to the organization.

Aftermath of Tournament of Power

After the Tournament of Power, Whis revives Frieza and later rebuilds his empire not giving up his evil ways.

It is unknown how many members of the organization survive. Prior to the events of the computer game Dragon Ball Online, in Age 820, remnants of the Planet Trade Organization attacked Earth. The Kikoukenjutsu Sword School, a martial arts school created by Trunks and Goten, aided in the struggle against the remains of Frieza's army.

The remaining forces later retreated into space and teamed up with the Time Breakers.

The top soldiers of Frieza's army. They have all fought in many battles and are some of the few minions who Frieza actually remembers the names of.

The basic foot soldiers of Frieza's army. They are all aliens who either allied with or were forced into servitude by Frieza.

Frieza Soldiers who serve directly under King Cold, and are among the few aware of his existence. 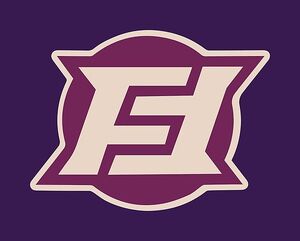 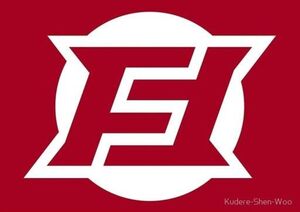 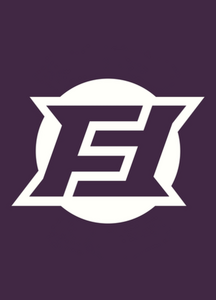