Galactus (Rise of the Silver Surfer)

Devour planets to satisfy his unyielding hunger (succeeded until his defeat).

Galactus is the main antagonist of the 2007 Marvel film Fantastic Four: Rise of the Silver Surfer. It is a massive eldritch entity that feeds on worlds.

Galactus' origins and true name are unknown; it is known that it feeds on planets throughout the universe (whether this is for its own amusement or for survival is unknown). Upon reaching the planet of Norrin Radd, Radd offered his servitude in exchange for his planet and loved ones' survival. Galactus agreed and granted Radd cosmic powers, transforming him into the herald, the Silver Surfer. Radd, with his new abilities, sought out other planets for Galactus to devour, going weeks ahead of his master to prepare the planet for consumption by drilling holes to the planets' cores. Later, the Silver Surfer found Earth.

The Surfer began preparing Earth for Galactus, though he was opposed by the superhero team the Fantastic Four. The Fantasic Four, desperate to stop the Surfer, team up with Doctor Victor von Doom to attack the Surfer with an energy pulse that will allow his capture. After the surfer is captured, Susan "Invisible Woman" Storm goes to talk with him.

The Surfer explains what Galactus is, and why he must serve to protect his planet. However, von Doom turns against the heroes and steal the Surfer's board, refusing to part with the power even as Galactus arrives.

As the Fantastic Four fight off Doom, Galactus begins devouring the Earth. Doom is defeated, but Susan is killed in the process. Realizing that he has a choice, the Surfer uses some of his power to bring her back before reacquiring his board and racing off to confront Galactus.

The Silver Surfer confronts Galactus, telling it that he will no longer serve. Enraged, Galactus tries to kill the Surfer. However, the Surfer expels all of the cosmic power in his body, creating a massive explosion that seemingly destroys them both, saving Earth.

Later, the Surfer's motionless body is seen drifting through space, with the board following close by before quickly returning to the Surfer, implying that he (and perhaps Galactus) may still live. 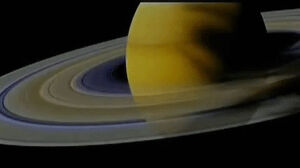 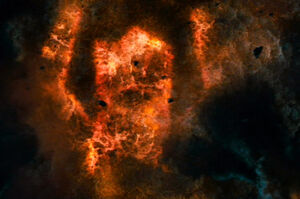