The Galaxy Sentai Gingamen are a quintet of alien fighters serving as Galactic Imperial Army Zone's counterparts to the Fiveman and supporting antagonists in Chikyuu Sentai Fiveman.

The Galaxy Sentai Gingamen accompanied the Zone fleet during their attack on Earth. Though they followed the orders of Captain Garoa, their true loyalty lay with Captain Chevalier, who was off in space at the time operating alone.

As Vulgyre revealed his true nature and prepared to become a Galactic Super Beast, he made the Gingamen, along with the rest of Zone's remaining forces, protect him while he assumed into his final form. As the Fiveman attempted to get through, all five Gingamen were each killed off by one of the Fivemen. 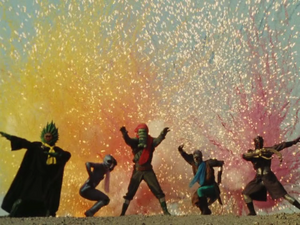 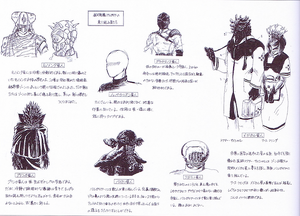 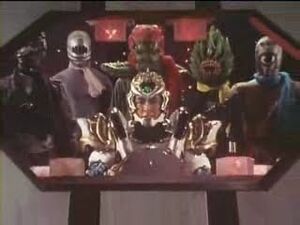