Continue to cook pure crystal methamphetamine (succeeded for a while)

Gale Boetticher is a major character in Breaking Bad season three, a posthumous antagonist in later seasons, and a minor character in Better Call Saul. He is a libertarian meth cook who was destined by Gustavo Fring to replace Walter White as the head meth cook of Fring's operation. Although not evil, he contributed to the addictions of meth addicts offscreen and he has no problem with working for a drug kingpin.

He was portrayed by David Costabile.

Gale was a highly intelligent and kind libertarian with an open minded view on drugs. He believed since someone was going to cook meth anyway, he should be the one to do it because purer meth is "healthier." His taste is quite cultured and he enjoys music and poetry.

After Gustavo Fring moved to the United States in 1994, he established a college scholarship, known as the Max Arciniega Chemistry Scholarship, at the University of New Mexico Chemistry department. Gale was a recipient of the chemistry scholarship and this paid for his education. While at UNM, Gale received his Bachelor's degree, and he graduated in 1999. He had been pursuing his doctorate at the University of Colorado but realized that it was not the life for him because he preferred working in the lab.

When Juan Bolsa instructs him to find a drug supplier north of the United States-Mexico border, Gus visits Gale's chemistry lab on the University of New Mexico campus. Gale presents Gus with a hidden case containing methamphetamine vials of differing chemical purity, dismissing the samples as "dreck" Gale advises Gus to allow him to produce purer meth in his lab. Gus politely declines, saying such action is not needed yet and that he's keeping Gale for "better things."

Gus later appears to reconsider and hires Gale as his meth cook. Gale visits the excavation underneath Lavanderia Brillante. Gale is excited at the prospect of cooking in what will become a super-lab, but Gus stresses that he won't begin work until the lab is finished.

When Walter accepts the job that Gus had offered, he meets Gale and they seem to share a respect for both of each other due to their love of chemistry. The two worked well together but the threat of Jesse Pinkman pressing charges forced Walt to get Jesse back as his partner and to replace Gale. Walt makes an accusation towards Gale of making an error with the temperature on one of the tanks. Gale assures Walt that he was told to set it at seventy-five degrees as he had this written down. Walt angrily tells him that he must have heard the wrong thing and that there's no room for negligence in chemistry.

After Walt saves Jesse by murdering two of Gus' drug dealers, Jesse is forced into hiding which leads to Walt working with Gale once more. With Gus and Walt's relationship souring, Gus decides to kill Walt in order for Gale to take over. Gus lies to Gale that Walt's cancer is terminal and if he were to die, Gale must prepare to take over the lab. Walt eventually figures out Gus' plans and orchestrates Gale's death by having Jesse shoot Gale in the head.

Gale manages to get revenge on Walt from the grave. Following his murder, he is given credit for all of Walter's crimes and Hank gets a hold of Gale's lab notes. Inside of the notes was a Walt Whitman poem and dedication that read "To W.W. My Star, My Perfect Silence." This isn't damning evidence against the real Heisenberg and Hank doesn't suspect Walt at all until he finds Leaves of Grass by Walt Whitman inside of Walter's house with small blurb reading "To my other favorite W.W. It’s an honor working with you. Fondly, G.B." As Hank reads this, he realizes his brother-in-law had been the elusive Heisenberg all along. 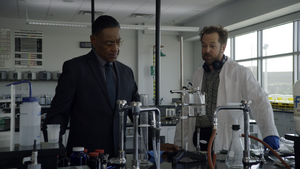 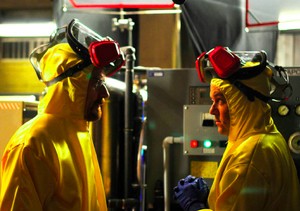 Gale with Walter White, whom he looked up to as Heisenberg. 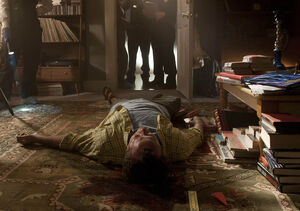 Gale's body is revealed, then blamed as being Heisenberg. 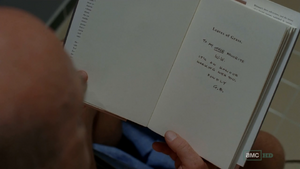 Gale's posthumous message to Walter, inadvertently exposing him to Hank. 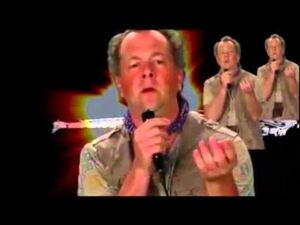