Wipe out all life in eternal light.(Failed in true ending)

Galeem (in Japanese: キーラ, Kiira) is one of the main antagonists in the story mode World of Light of the 2018 videogame Super Smash Bros Ultimate alongside Dharkon.

It is the light counterpart of Dharkon. While Dharkon wishes to eradicate all life in darkness, Galeem wishes to bring it into pure light.

Galeem appears to be a glowing orb, surrounded by wing-shaped objects, varying through bright colors. Throughout its battle with the fighters, Galeem changes into different forms using its wings.

Galeem appears in the beginning of the story where it is confronted by every known fighter present. Galeem then proceeds to wipe out all of the fighters in light, which then expands throughout the universe, wiping out all life. Kirby was the sole survivor of the attack. The other fighters were captured by Galeem rather than destroyed (or else he revived them); Using its light, Galeem creates copies of the fighters and used Spirits of the lifeforms it absorbed to animate the hollow copies, creating an army of hostile puppets.

After all the fighters have been revived, Galeem is confronted once more where it is defeated in battle. Dharkon then emerges from the sky, leading an army of Crazy Hands. Galeem manages to flee but comes back once Dharkon has been defeated. From here on, Galeem, leading an army of Master Hands continues on its conflict with Dharkon.

If the player chooses to fight and defeat Galeem, Dharkon will deliver the final blow upon Galeem and drown the world into darkness. However, if the player defeats Dharkon instead, Galeem defeats Dharkon then eradicates all life once more into the light.

If both are defeated, their bodies will shatter into bits as they fall down into the ocean below them, erupting in a flash of light and ending their conflict once and for all as the spirits they once controlled fly free.

After their defeat, both Galeem and Dharkon become Legend Spirits themselves, being the two most powerful spirits in the entire game and granting fighters the abilities "Bane of Darkness" (for Galeem) and "Bane of Light" (for Dharkon), allowing fighters to deal massive amounts of damage to light spirits (for Dharkon) or dark spirits (for Galeem) at risk of receiving higher damage.

Galeem, as it appears in the opening to "World of Light". 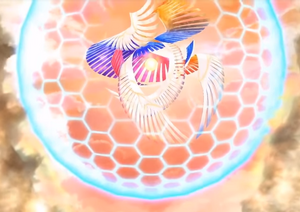 Galeem surrounded by a magical barrier. 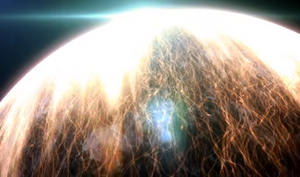 The world being devoured by Galeem's light. 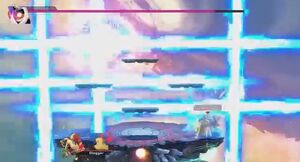 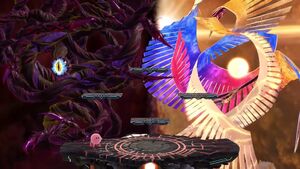 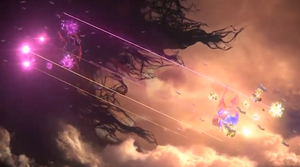 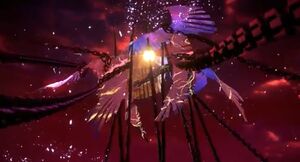 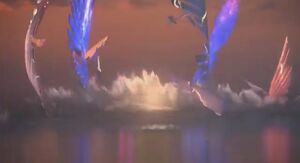 Galeem's defeat in the True Ending.
Add a photo to this gallery 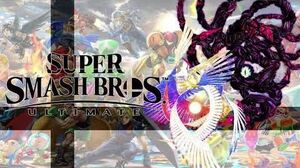 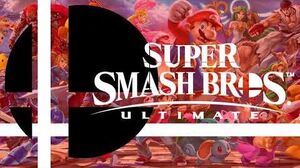 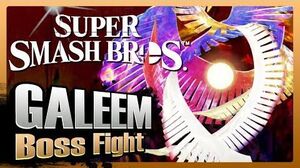 Retrieved from "https://villains.fandom.com/wiki/Galeem?oldid=3049189"
Community content is available under CC-BY-SA unless otherwise noted.