Retrieve Quantonium from Ginormica (temporarily succeeded, but then backfired).

Destroy all life on Earth in order to repopulate it.
Eliminate Ginormia, B.O.B, Dr. Cockroach and The Missing Link (all failed).

He is a squid-like alien life-form and the traitorous leader of the invading alien force trying to take over planet Earth. He is also the archenemy of Ginormica.

He was voiced by Rainn Wilson, who also played Gargamel in Smurfs: The Lost Village, Jack Morris in The Meg and Lex Luthor in the DC Animated Movie Universe in English, and by Yutaka Aoyama in Japanese.

In the past, Gallaxhar destroyed his home planet for seemingly no reason but it was heavily implied that he experienced bad childhood and unhappy marriage, which he could not tolerate his wife's desire to have children, leading to his desire to end his people. After the destruction of his home world, he escaped on his ship, putting himself into cryogenic sleep. He is awoken from his cryogenic sleep when his computer detects Quantonium on Earth, Gallaxhar then sends a Robot Probe to extract and bring it to him.

When the monsters defeat his probe, he almost sends another probe, but his computer tells him that the "carbon-based life-form" (Ginormica) is now too strong, and so that the Quantonium cannot be retrieved by a Robot.

He comes to Earth and sends a message to the citizens of Earth, then captures Ginormica, and in the process blasts Insectosaurus with his ship's phasoid cannon.

When Ginormica is on board the ship, she frees herself and Gallaxhar flees to his Extraction Chamber where he successfully gets the Quantonium out of Ginormica. He then uses the Quantonium to clone himself four times, this being enough to create an evil clone army of himself.

After Dr. Cockroach destroys his computer by stepping on the color buttons in the correct order while dancing, the self-destruct system sounds. He attempts to escape, but he is once again forced into combat with Ginormica. She then gets her Quantonium back and escapes on Insectosaurus (who is now a butterfly). Gallaxhar tries to escape in an escape-pod, but fails and is killed in the explosion of his ship.

Gallaxhar is truly egocentric, intelligent, manipulative and domineering. He is portrayed as a ruthless, oppressive and totalitarian dictator. Sometimes, Gallaxhar can get into arguments with the Computer. One of his most unmerciful and objectionable plans is when he tries to eliminate all life on Earth in order to repopulate it. He is also ridiculously genocidal, as he murdered his own species for seemingly petty reasons, which implied to be bad upbringing and his wife nagging him to have kids. 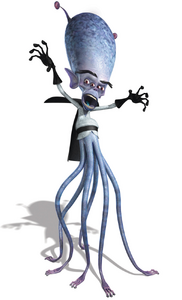 "I will retrieve the quantonium myself, even if I have to rip it out of her body one cell at at time!"

"If you wanted to stop me, you should've done it when you possessed the Quantonium. Now you're nothing!!" 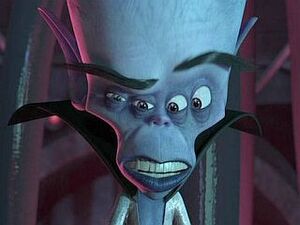 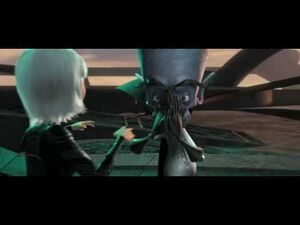 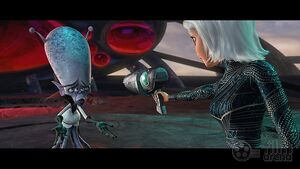 "Even if I wanted to, I couldn't!" Gallaxhar begging for mercy. 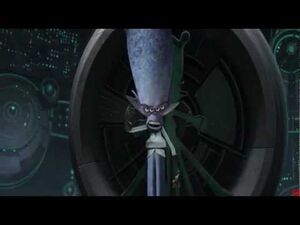 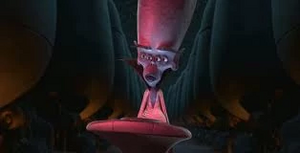 "Wow. You really get around." 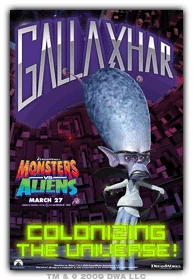 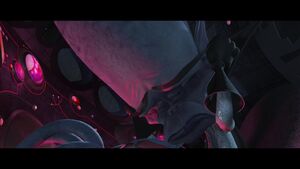 Gallaxhar's death as he is killed in the explosion of his ship. 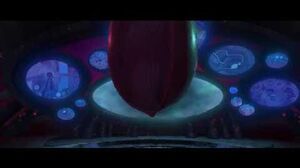 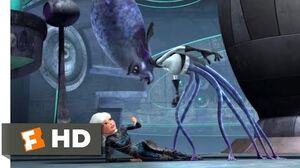 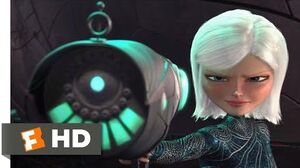