Leader of a gang of hoodlums

Claiming public property as his turf.

Claim more territory for his gang in Miami.

Kill Evan Wright for stepping into his turf (failed).

The Gang Leader is a minor antagonist in the top-down shooter video game Hotline Miami 2: Wrong Number. The leader of a lowly gang of thugs in Miami, he serves as the boss of the "Subway" level, where he crosses paths with Evan Wright after taking over an empty subway.

The Gang Leader appears to be a young man wearing a dark green hoodie, a pair of torn jeans and sunglasses. He notably has two ring piercings on his bottom lip, an earring of what seems to a cross and a small tattoo of an inverted cross underneath his left eye. The Gang Leader also has medium-long brown hair with his fringe dyed a bright green color. He always keeps himself armed with a large pipe, but never actually uses it to fight people.

Not much is known about the Gang Leader's past. During the aftermath of the first game, the Russian Mafia has become increasingly weakened due to clandestine terrorist attacks launched against them by 50 Blessings, which has resulted in smaller gangs becoming more prominent within Miami's criminal underworld and the Colombians replacing the Russian Mafia as the city's top crime syndicate. The Gang Leader is one of the leaders of the gangs in Miami, which don't appear to have any official leader due to them likely having separate affiliations or if the position of leadership is disputed.

On November 11th, 1991, the Gang Leader and his armed thugs raid a vacant subway, who all spread out and guard the place. The Gang Leader sprays red graffiti on a subway map and declares that the subway as his turf, ordering his gang to "tear" the place up. While this is going on, a freelance writer named Evan Wright on his way to Richter's house, arrives at the subway via a train passing through and is forced to defend himself from the gang, who are now seemingly attacking anyone who tries to pass through their turf. Evan encounters the Gang Leader shortly after the leader spray paints the subway map and starts fending off the rest of his gang. The Gang Leader slowly patrols the area and whenever he spots Evan, he will repeatedly bang his pipe against the subway floor, making a loud "clanging" noise. This will call all of the hoodlums in the area to Evan's position in an effort to overwhelm him. However, the Gang Leader will make no effort to attack Evan by himself in spite of his dangerous ability.

Depending on which playstyle the player chooses for Evan (pacifist or lethal), Evan can either knock the Gang Leader out or simply kill him through any means available to Evan once his "Rage Mode" is activated. Even if the player chooses to non-lethally incapacitate the Gang Leader and technically spare him, his ultimate fate is left unknown as he is not seen again after the level ends. However, since the Soviet Union drops a nuclear bomb on Miami at the end of the game, it is assumed that the Gang Leader may have been killed by the nuke should he survive from Evan's attack. 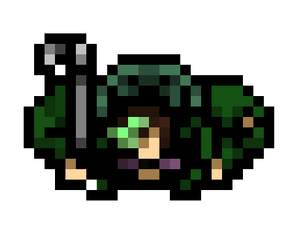 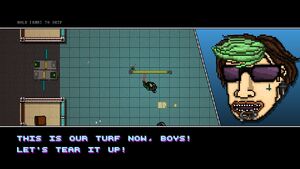 The Gang Leader sprays graffiti on a subway map and claims the subway as his turf. 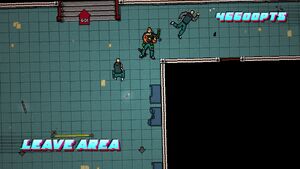 Evan Wright knocks out the Gang Leader with his own pipe. 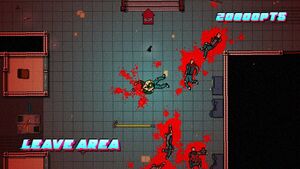 The Gang Leader is brutally killed by Evan if the player chooses a more violent playstyle.