Ganima Noshiagalda is the main antagonist of 2020 movie called Kishiryu Sentai Ryusoulger VS Lupinranger VS Patranger. He is a chimera-themed Status Quintuple Gold Gangler Monster who leads a remnant of the Interdimensional Crime Group Gangler. He is equipped with the Kishiryu from the Ryusoulgers and the host of the Griffon Minosaur. He is the final Gangler Monster to be faced in general by the Lupinrangers and Patrangers.

Ganima Noshiaglda has a red metallic gorilla like body with a skull under a glass dome. He has a White Tiger left arm, a yellow lion right arm, a green elephant left leg and a blue Shark right leg. He also has 3 safes on his front body and 2 more on his back.

Ganima Noshiagalda made his first appearance during the battle between Koh and the Griffon Minosaur. Once he shed his disguise Ganima use this opportunity as he adds Tyramigo to his collection Koh tried to open the safe on Ganima, but he can't because he needs a dial fighter to access Ganima's safe. Not only did he manage to steal Tyramigo but he also grabbed hold of DimeVolcano, Pachygaroo along with his son, Pterardon and MosaRex. So the Ryusoulger won't let Ganima get away with the stolen mecha, but Ganima however overwhelm them as he used DimeVolcano's ability as he sent a couple of fiery slashes at the team and when Noel tried to use the Cyclone Dial fighter on one of Ganima's safe turns out he too was experimented on just like the Experimental Body from 2018. Also when Kureon joins the Ganglers team he asked him to take the Minosaur with him to get more treasure. After that an infuriated Koh tries to get the mechas back, but Ganima used Pachygaroo's ability and clubs him very far and then left the area.

A while later Ganima was in the city as he used MosaRex's ability as he made major damage on a couple of buildings as he proclaims that he is the new boss of the Interdimensional Crime Group Gangler. That is until Koh, Asuna and Melto showed up and battle him hoping to get their mechas out of the safes. A while later during the fight somehow the rest of the Ryusoulgers and Patrangers showed up to join in the fight that is until Koh used the Max Soul and tries to eliminate Ganima once and for all that is until Noel (as Patren X) takes the shot.

A while later the police tries to get by Noel some time until the Lupinrangers showed up and hopefully helps the Ryusoulgers in taking back the stolen mechas. However during the battle he used Tyramigo's ability as he transformed his five safes into golden which means they need at least 10 dial fighters if they want to get the Kishiryu back. After that he left the area to cause more mayhem.

Later that day Ganima along with Kureon and the Griffon Minosaur were all set as they were about to destroy the city until the Ryusoulgers arrived to stop them as they were about to use the finisher to eliminate him, but Koh hesitates as he can't do it with the Kishiryu that are in Ganima's safe which gives Ganima the opportunity as he open fired on the team de-transforming them. However once the knights regained their resolve the thieves and cops (along with Noel) arrived as they assist the Ryusoulgers in getting the Kishiryu back. After the entire team transformed and did their intro so with that being said Ganima sends out a couple of Porderman and Drunn Soldiers to battle them.

After the footsoldiers were wiped out Ganima just watches as Kureon sent out the Griffon Minosaur to get the dial fighter. As he wasn't to bothered about the key as long as he has the kishiryu locked away in his safe he will annihilate the team and the city, but the rest of the sentai team battles him instead. Now during the fight Ganima tried to use DimeVolcano's ability to incinerate them, but Keiichiro (now equipped with the Splash Trigger) puts out the fire and then pins him down. As that happens Koh, Asuna and Melto used the Lupinsoul as they transformed themselves into well Lupin Red, Blue and Yellow thus surprising Ganima. Once Ganima was disarmed of his weapon and was held back by Towa, Bamba, Canalo and Keiichiro as Noel, Kairi and the three knights used the two dial fighters on the 5 gold safes and then frees the Kishiryu from their imprisonment and not to mention it reverts Ganima back from the gold status. After that both Ganima and the Griffon Minosaur were then destroyed by this finisher called Ichigeki Soul Strike. 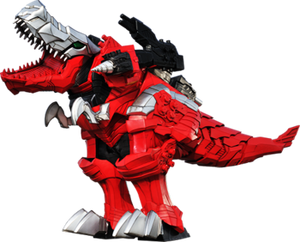 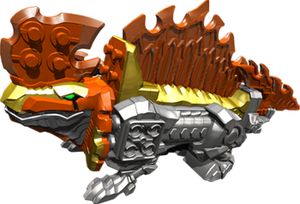 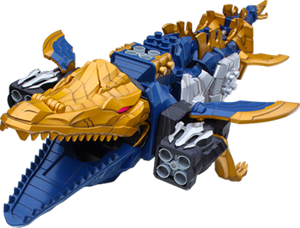 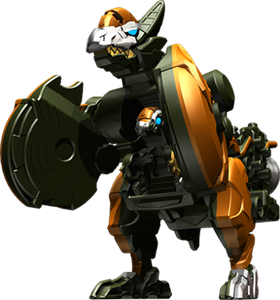