Gain as much power as he can.

Kill Song Jiang and get rid of the outlaws (succeeded).

Power-Hungry Corrupt Official
Gao Qiu (in Chinese: 高球) is the central antagonist of the 14th century Chinese novel The Water Margin and subsequent adaptations. He is a fictionalized version of the corrupt chancellor of Emperor Huizong during the Song Dynasty.

Gao Qiu began as a street urchin in Kaifeng, where he met the future emperor, Prince Duan, by luck. He impressed him with his skill at a ball game, a hobby shared by the prince. This would lead to Gao Qiu becoming a favorite of Prince Duan.

Upon the prince's ascension to become emperor, Huizong appoints Gao as Grand Marshal, who used corruption, ruthlessness, and manipulation to take vengeance against those who had previously offended him and incriminate innocent civilians (some of whom would eventually become members of the Liangshan outlaws due to injustice). He would frequently urge the incompetent emperor to send in forces to get rid of the outlaws, although more often than not the outlaws would emerge triumphant, so much that several imperial officers would defect to the join the outlaws.

Out of frustration, Gao Qiu decides to personally lead an attack against the outlaws, which ended up with him getting captured. Although several bandits desire to have Gao executed out of retribution for the injustice they faced, Song Jiang spares him because he wants Gao to help them secure amnesty from the Emperor. Gao fakes agreement and breaks his promise once freed.

To Gao Qiu's disappointment, however, the outlaws are granted pardons and appointed to serve the empire against the rival Liao Dynasty and Fang La. After their campaigns, Huizong rewards the surviving outlaws by awarding them with titles. However, Gao and his fellow officials, envious of the former outlaws, poison Song Jiang. Song kills Li Kui with the same poison in fear of him tarnishing the name of the outlaws forever by rebelling against the empire out of vengeance.

In the final chapter of the book, the ghosts of Song and Li appeared in the emperor's dreams, telling him about their unjustified murders. Although the emperor orders an investigation, nothing comes to place since the envoy who gave the poison to kill Song Jiang died mysteriously (presumably killed by Gao). Hence, Gao Qiu and his fellow officials get away scot-free.

Gao Qiu is a cunning, deceitful, and ruthless man, and an extremely skilled manipulator of politics. By growing up as a homeless boy who lived on the streets, Gao learned how to survive the treacherous world of the Song Empire from a young age. He has an extremely cold, psychopathic approach in his pursuit for both retaliation and for power, viewing people as either pieces to serve his cause or barriers that interfere with his desires that he must remove. Gao is not above using murder, bribery, incrimination, and other means to ruin the lives of innocents if he thinks they stand in his way. As Grand Commandant, Gao effectively played the emperor as his own puppet for years, using flattery and sweet talk to gain his trust.

As the Liangshan outlaws gained increasing power of their own, Gao would do whatever he can to eliminate them. However, he is not a particularly competent general, handing the Imperial forces a devastating loss which ended with him getting captured. After getting spared by the leader, Song Jiang, Gao would make every effort to destroy him and his band, especially after they are granted amnesty by the emperor. This would cause Gao to be increasingly paranoid and envious, eventually culminating in Gao and some fellow corrupt officials plotting to poison Song. When the investigation of the murder occurs, it is heavily implied that Gao had killed the envoy to hide his wrongdoings, further demonstrating his lack of compassion and habit of disposing of those no longer useful to his plans.

With his manipulative personality, immorality, lack of empathy, and ruthless approach to achieving his goals, Gao Qiu is a symbol of all that is wrong with a corrupt government. 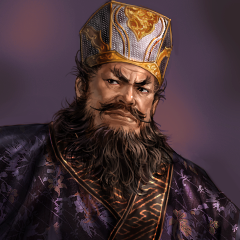