Note: This article is about the Gargantuar, for the Zombie Hero counterpart, see The Smash.

Use of the telephone pole

The Gargantuar is one of the secondary antagonists of the videogame series of Plants vs. Zombies. It is a zombie brute who takes parts in fighting plants.

The Gargantuar makes its debut in the 8th level of Roof. When first encountered, it would crush a plant with its telephone pole, its sign, or a zombie. It throws its Imp at low health. To defeat the Gargantuar, the players have to use two of each instant-kill plants to fight it.

There are many achievements related to the Gargantuar:

The Gargantuar returns in the canceled game Plants vs. Zombies Adventures as one of the major enemies in Zombitorium manor.

The Gargantuar also returns in the sequel of the first game as one of the enemies in Modern Day and Pinata parties. Additionally, there are multiple Gargantuars appeared in each timelines.

The Gargantuar also appears in the Garden Warfare series as one of the major bosses in Garden Ops. It uses the same attacks from the previous games. To increase the difficulty, the Gargantuar fires its explosive Imp at the players.

When the Gargantuar's icons fill all the slots, two Gargantuars will spawn, alongside a House Gargantuar, Foot Soldiers, Tank Commanders, Browncoats, and Blitzers to attack the players and their garden.

When the slot machine lands a Gargantuar icon with a green and white background, two of the Gargantuars will spawn, alongside Browncoats, TV Heads, Foot Soldiers, and Engineers to fight the players.

If one of the Gargantuar is down, the players must destroy the tombstone to prevent revivification. Otherwise, they must fight that Gargantuar again. If both of them are down, all minions despawn, and the fight is complete.

The Gargantuar also returns in Plants vs. Zombies Heroes with the name Smashing Gargantuar, who is a Gargantuar Zombie of Beastly class. He costs 5, with his rarity is Premium - Rare, and his strength and health are both five. When played, all other Gargantuar Zombies gain the trait Frenzy, which allows them to attack once more when destroying a plant. When attack, it uses its signature telephone pole to hit plants. Additionally, he does not carry his Imp in this game.

Gargantuar returned in this game as a Neighborhood Zombie with the same abilities from the previous games. Additionally, his appearance in this game is much skinnier.

The Gargantuars also appeared in the comics to fight Nate Timeley, Patrice Blazing, and the plants alongside other zombies. 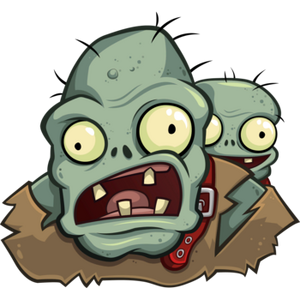 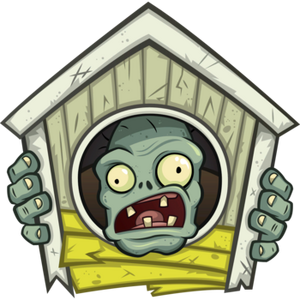 House Gargantuar's icon.
Add a photo to this gallery

Retrieved from "https://villains.fandom.com/wiki/Gargantuar?oldid=4194593"
Community content is available under CC-BY-SA unless otherwise noted.