Knight of Cornelia (formerly)
Leader of the Fiends of Chaos

He is once thought to be a Human who used to serve as an honorable knight of Cornelia, until he became a renegade after learning the truth that he is in fact a Lufenian agent being meddled and manipulated by both Lufenians and the people of Cornelia, which in return kidnapped Princess Sarah in order to lure the Warriors of Light into the Chaos Shrine to kill him, so that the Four Fiends and later the Chaos of Dissidia would send him back 2000 years into the past to become Chaos himself, creating a timeloop in the process.

Garland was once one of Corneria's finest knights and became famous for his skill. But one day Garland, fell in love with Princess Sara, forbidden from marrying a mere knight and when the Princess rejected him, Garland went mad. He turned on the King and kidnapped his daughter, planning to hold her life as ransom for the Kingdom of Corneria.

When the four main characters known as the Four Warriors of Light, each holding a crystal appeared in front of the King of Cornelia. He immediately recognized them as fated heroes and requested them to rescue his daughter, Princess Sarah from the clutches of knight Garland.

The four journeyed to Garland's fortress where the evil knight kept Sara. Despite Garland's claims that he'd "knock them all down", he was defeated and presumed dead. The Light Warriors then returned Sara to the King and moved their goal to stopping the "Four Fiends", monster lords who were draining the land of its life.

Garland was presumed dead until the very end where the warriors discover Garland had traveled back to the past and was the reason the light of the crystals had vanished in the first place and the elements of the world were out of control: He was the one that had sent the Four Fiends into the present so that they would send him back into the past, creating a time cycle in which he would live forever. He absorbed the power of the fiends to become the hideous dark god Chaos, the ultimate foe the Warriors must defeat to restore order to the world.

Once back in World A 2000 years into the past, Garland uses his power to sent the Fiends of Chaos to his time in order to cement the time-loop and become immortal. The light crystals, which maintained the balance of the world, become tainted by the evil of the Fiends, but they choose their Warriors of light to restore the world.

After the Warriors of Light defeated all the fiends, they managed to travel to the past, where Garland absorbed the Fiends' power and becomes World A's version of Chaos. The heroes were able to defeat Chaos, breaking the time-loop, and erasing the event from existence. As they returned to the present, a restored Garland appeared alongside the King of Corneria and Princess Sara.

Throughout the cycles of conflict, Garland battled Cosmos's chosen warriors like Prishe and Lightning before the final cycle where he confronts a past version of the Warrior of Light. Though defeated, Garland tells the Warrior that the conflict is futile, faking his demise as he turns his attentions to the other Warriors of Chaos, helping Sorceress Ultimecia with Squall Leonheart before Zidane interferes. Making himself known to the Warrior of Light after he defeats the Emperor, Garlands reveals the true nature of the conflict's repeating itself endlessly encourages the Warrior to submit to the cycle of war, but he refuses and the two battle again.

Though defeated as the Warrior of Light claims his Crystal, but Garland hints that he and the other villains allowed themselves to be defeated intentionally in order to ensure that the Warriors of Cosmos received the Crystals, as per their plan to end the conflict with the harmonious goddess Cosmos' death. But as the others start to act on their own whims, Garland remains by Chaos's side until only he remained. When Chaos awakens and describes a peculiar dream in which he governed World B harmoniously with Cosmos, Garland reveals that was how things were before the conflict and that he instigated the conflict in accordance to the Great Will, Cid of the Lunfaine. Garland tells Chaos he is predestined to be sent 2,000 years into the past by Chaos - their fates intertwined as Chaos would subconsciously convince Garland to take the path leading to his eventual change into the Chaos of World A. After being defeated by the Warrior and his allies, Garland reveals Chaos's recent plans to destroy World B with the cycle finally broken. Though the heroes question Garland's acceptance of this, Garland tells them his spirit will endure the world's destruction, and eventually he will find another cycle as he fades while vowing he and the heroes will meet again. 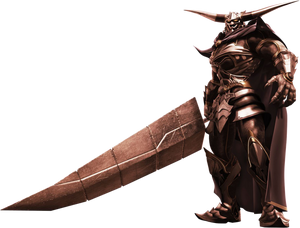 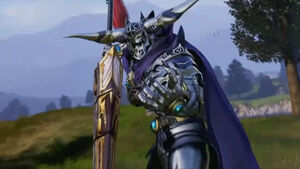 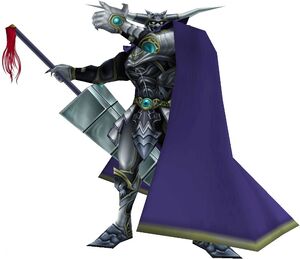 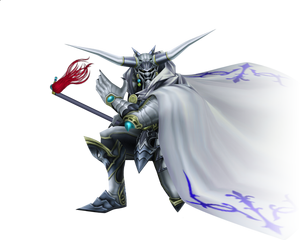 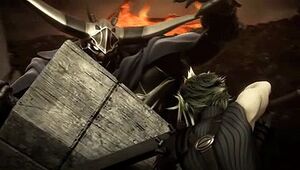 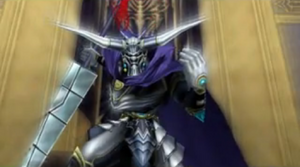 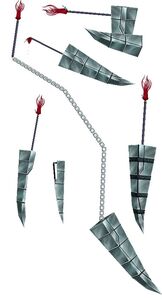 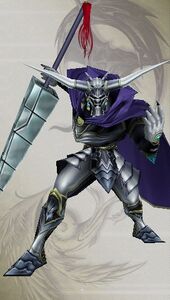 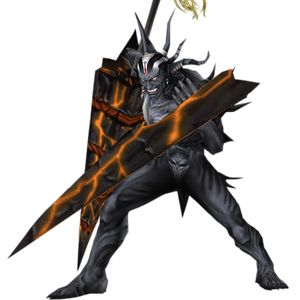 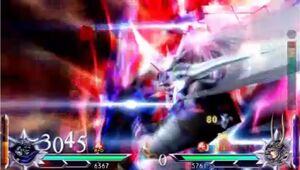 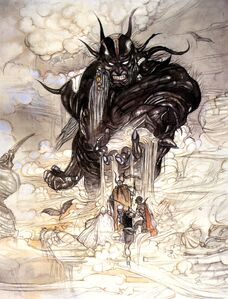 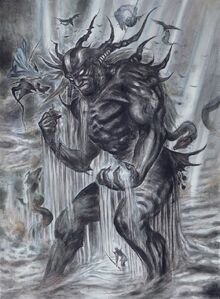 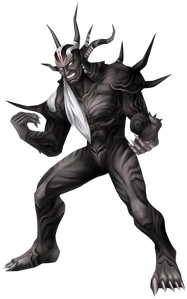