Avenge his father's defeat and get revenge on Kami.
Revive his father.
Rule the universe as a god (all failed).

Garlic Jr. is the main antagonist of the 1989 film Dragon Ball Z: Dead Zone and the Garlic Jr. Saga in the Dragon Ball Z anime. He is an anime-only character and never existed in the manga.

He was voiced by Shigeru Chiba in Dragon Ball Z: Dead Zone, and Akira Kamiya in DBZ in Japanese and by Chuck Huber in Funimation dub, Don Brown in Ocean Group dub, and Douglas Rand in AB Groupe dub in English.

Garlic Jr.'s servants believed he was a god, due to his strength. His father, Garlic Sr., was nearly the Guardian Of Earth, but this prize went to Kami instead, when the Nameless Namekian expelled the evil in his system, which became King Piccolo, and eventually reincarnated as the ultimately heroic Piccolo Jr.. Garlic Sr. then plotted against Kami, ultimately leading to his death, for which Garlic Jr. blames both Kami and Piccolo.

In the movie Dragon Ball Z: Dead Zone, Garlic Jr. and his henchmen, Ginger, Nikki, and Sansho, gathered the seven Dragon Balls (kidnapping Son Gohan in the process). Garlic Jr. sensed a great power within Gohan and he made the boy his student. Garlic Jr. summoned Shenron the eternal dragon and wished for immortality. Shortly afterward, Son Goku, Kami, Kuririn, and Piccolo (who temporarily joined forces with Goku to defeat him) showed up, one by one. As Goku, Kuririn, and Piccolo fought Garlic Jr.'s henchmen, Kami fought Garlic Jr., who wants to kill him as revenge for the death of his father, Garlic Sr. Goku and Piccolo came to fight him. Garlic Jr. transformed into a bigger, monstrous form. He gained the advantage over Goku and Piccolo, until they removed their weighted clothing and supposedly killed him with an energy wave.

However, Garlic Jr. survived (as he was immortal), and opened up a void of darkness called the Dead Zone, which threatened to suck everyone in. However, Gohan seemed resistant to the suction, activating his hidden powers and knocking Garlic Jr. into the Dead Zone. Due to the nature of the Dead Zone, Kami states that Garlic Jr. would regret being immortal. The closing credits of the film show Garlic Jr. banging futilely against the barriers of the Dead Zone, evoking the iconic imagery of the Phantom Zone villains' banishment in the Christopher Reeve Superman films.

After the defeat of Frieza (by which time both Goku and Vegeta were out in space somewhere), Garlic Jr. escaped the Dead Zone because of the power of his home, the Makyo Star, getting closer to Earth. With his new henchmen, the Spice Boys (Spice, Vinegar, Mustard, and Salt), he invaded Kami's Lookout, imprisoning Kami and Mr. Popo inside bottles, shrinking them down to a smaller size. He then released the dreaded Black Water Mist to turn all the inhabitants of Earth evil. Alone of Earth's inhabitants, Gohan, Kuririn, his girlfriend Maron, Gohan's dragon Icarus, Piccolo, Karin, and Yajirobe escaped its effects. However, Piccolo was bitten by those infected, seemingly infecting him as well. Garlic Jr.'s plan was to use the Black Water Mist to rule the world.

After they get to the lookout, Gohan tried to attack Garlic Jr. but was cut off by Salt. Salt then moved in on Gohan; he punched him in the mouth, then used an elbow strike to his stomach. He would have killed the boy, if Kuririn had not intervened.

After Salt and Mustard were killed by the angry Gohan, Piccolo fought Gohan, and soon revealed that he was only pretending to be infected, releasing Kami and Mr. Popo. As Kami and Popo headed off to release the Sacred Water, Piccolo fought Garlic Jr. and beat him up, so Garlic Jr. transformed. He gained the advantage over Piccolo. At times Piccolo was able to regain the advantage with his superior speed, but lost it as Kami lost his energy in the former guardians' resting place. Soon, Gohan and Kuririn entered the fight, and at one point, Gohan plowed a hole through Garlic Jr. and blasted him, but he survived due to his immortality and healed the hole, and then at one point Garlic Jr. punched Gohan in the stomach and blasted him.

When Mr. Popo released the Sacred Water to negate the Black Water Mist, Garlic Jr. reopened the Dead Zone to suck everyone in. Gohan protected himself, Kuririn, and Piccolo with a shield, but Piccolo and Kuririn told him to destroy the Makyo Star, as it is the source of his power. Gohan refused, as he would not risk letting the shield down and having Kuririn and Piccolo sucked into the Dead Zone. When Kami and Mr. Popo were nearly sucked in, Piccolo left the shield to save them, and was attacked by Garlic Jr. Kuririn also left so that he would no longer be in Gohan's way, and as Garlic Jr. was attacking Kuririn, Gohan blew up the Makyo Star, draining Garlic Jr.'s power and causing him to shrivel up like a raisin. He was then sucked into the Dead Zone to remain for all eternity with no hope for escape.

His first form is small with pointy ears, blue skin, and fangs. His second form is much larger, with darker teal skin and a deeper voice.

Garlic Jr. wishes to rule over all existence, not just Earth. While he relied on brute strength, many underestimate his intelligence.

The muscular form that Garlic Jr. takes on during his final battles in both Dragon Ball Z: Dead Zone and the Garlic Jr. Saga. Garlic Jr. gets much larger, going from being up to Piccolo's knee to almost twice the height of Piccolo. His skin also changes to dark green and his head changes shape. He is much more powerful in this state. This form is called Super Garlic Jr. or Super Makyan.

Garlic Jr. takes on this form after wishing to Shenlong. In this form, he can regenerate from any injury. Because of this, not even the infamous Dead Zone can kill him. That said, because he is immortal, that means he cannot escape it. Therefore, his trying to trap the Z Fighers into the Dead Zone lead to both of his defeats.

A wish granted by Shenron; Garlic Jr. cannot die and regenerates from any injury.

Garlic Jr. can fire a hand and belly version of this attack. The hand version is him putting his right hand behind and charges a reddish-pink Ki Blast. Then, he brings his hand forward and fires the energy sphere in the form of an at the opponent, inflicting a great amount of damage.

A technique used by several other fighters. It is two purple thin Ki Beams fired from his eyes.

When the Makyo Star comes close, Makyans can become empowered by it's presence. 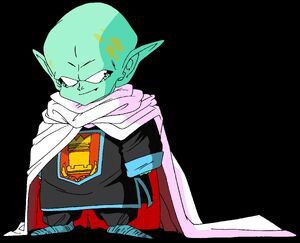 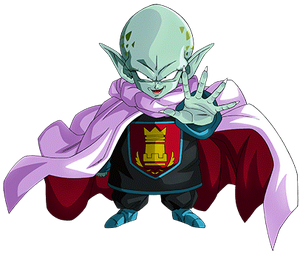 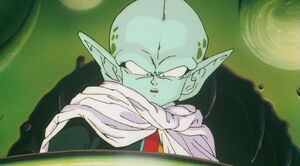 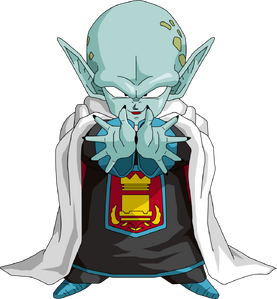 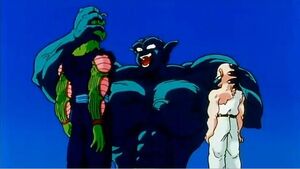 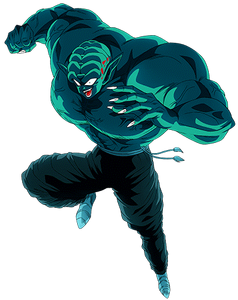 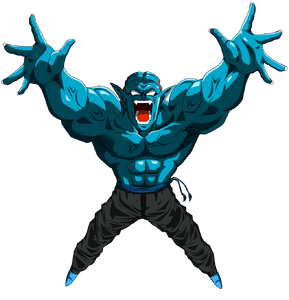 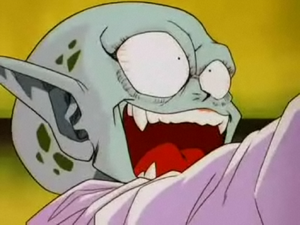