Spending time with Char and his fiancee Icelina.

Destroy the White Base.

Garma Zabi is the young commander of the Principality of Zeon's Earth Attack Force and a major antagonist in Mobile Suit Gundam. He is the youngest son of Degwin Sodo Zabi and brother of Gihren, Kycilia and Dozle. While his siblings were mean, Garma was more handsome. Degwin loved his youngest son as well as the other Zeon forces.

He is voiced by Katsuji Mori in the Japanese version, and by Brian Dobson and Bo Williams in the English version.

Garma was the youngest son of the Sovereign of Zeon, Degwin Sodo Zabi. He attended the Zeon military academy with Char Aznable, who he would come to see as a close friend. Despite his young age and inexperience, due the Zabi Family's position in Side 3, after he graduated Garma found himself placed in charge of Zeon's Earth Attack Force during the One Year War. As a result, Garma began seeking to prove himself to both the people of Zeon and his older siblings by capturing White Base.

While in California, Garma was contacted by his schoolmate Char Aznable that the White Base was sent into Zeon territory and that he would need backup. Garma agreed to help his friend destroy the White Base.

Garma later held a party at his residence with Char and his lover Icelina Eschonbach. However, Garma is soon called away to his Gaw fleet. While the White Base hides in a sports dome as Amuro and his Gundam distract the enemy, the Red Comet fools his friend into thinking that the White Base is near the Gundam, when the White Base was behind them. As the White Base, Guncannon and Guntank fire at the fleet, Garma was completely defenseless. Char admits that he had set Garma up for the fall and that his father is to blame. With anger, Garma prepares to ram his Gaw into the White Base but it goes higher into the air. Before he could, Garma died when the Gaw went up with Garma inside.

Garma death would throw both Icelina and his father Degwin into despair. Gihren later used his funeral as an opportunity to give a speech radicalizing and inspiring the Zeon army.

In comparison to his other siblings, Garma was much more compassionate and humble despite being raised as a member of the Zabi Family. Though a believer in the Zeon ideals, Garma was motivated more by a desire to prove himself in battle rather than to help fulfill Zeon's purported cause of Spacenoid liberation. Because of his inexperience and young age, Garma was conscious of being put in charge of Zeon's Earth Attack Force and hoped to prove himself worthy by capturing White Base. He even noted in a letter to his father that he hoped to legitimately earn his promotion to Admiral so people would not think he got it due to his family ties. Even though he was inexperienced, Garma was shown to be capable of being fierce in battle when pushed, attempting a suicide run on White Base as a last stand when he saw his death was imminent.

Caring greatly about his family, Garma hoped to impress his older siblings by leading a successful attack on White Base. Having known Char Aznable since the two attended the military academy together, Garma considered him to be a good friend and was shocked by Char's betrayal of him. Garma also had a romantic relationship with the daughter of an Earth aristocrat, Icelina Eschonbach. Despite Icelina being from Earth and not a Spacenoid, Garma genuinely loved her, a feeling Icelina reciprocated, to the point that Garma vowed to her that if his father did not approve of her even after he captured White Base he would leave Zeon to be with her. 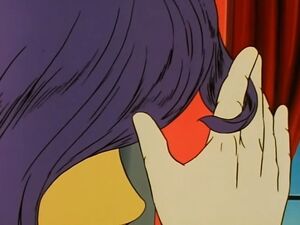 Garma twirling his hair while receiving a transmission from Char. 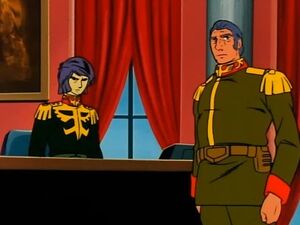 Garma in his office. 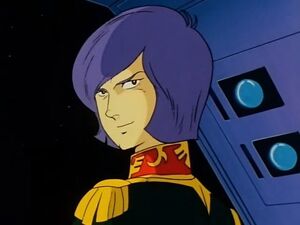 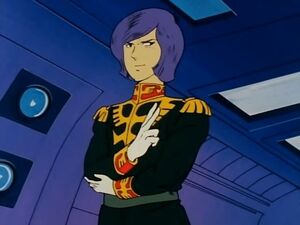 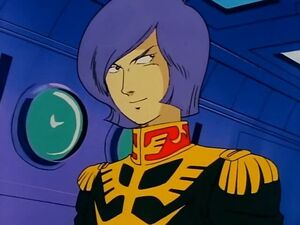 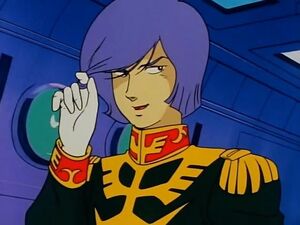 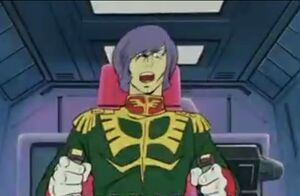 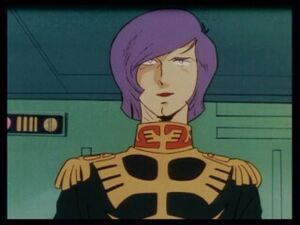 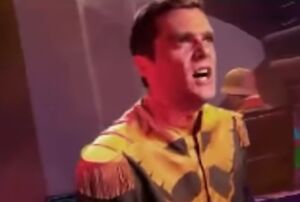 Garma in the video game Gundam 0079: The War for Earth